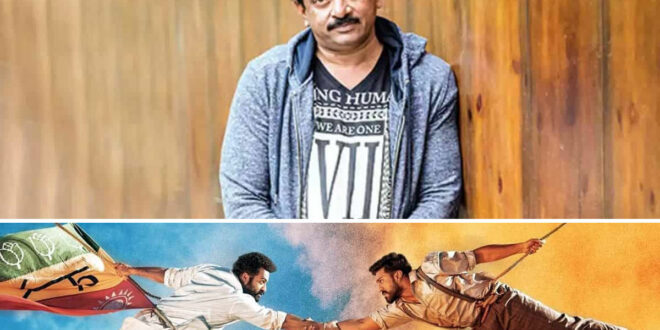 Filmmaker RGV is known for speaking his mind and often the controversial stuff. Earlier, he made some comments that RRR was labeled as a gay classic by western audiences. Now, RGV called the movie a circus.

In a recent YouTube interview, Ram Gopal Varma commented that he felt like he was watching a circus while watching RRR. Underlining that his comments are not meant to be offending or misunderstood, RGV further said that he had an amazing experience while watching RRR. ‘Especially, the scene of NTR and Ram Charan saving a youngster on a railway bridge. Both the actors did the feat like professional gymnasts of Gemini circus’, said RGV.

Ram Gopal Varma also spoke about his working experience with Mani Ratnam. He said he dislikes Mani Ratnam’s works and Mani also dislikes RGV’s films. Though they worked together for Donga Donga and Gaayam, they always had different views and points.

Ram Gopal Varma says that only Kshana Kshanam and Sarkar in his career have the perfect storyline and the ideal actors he thought of. In all other films RGV did not want to do with a certain hero.