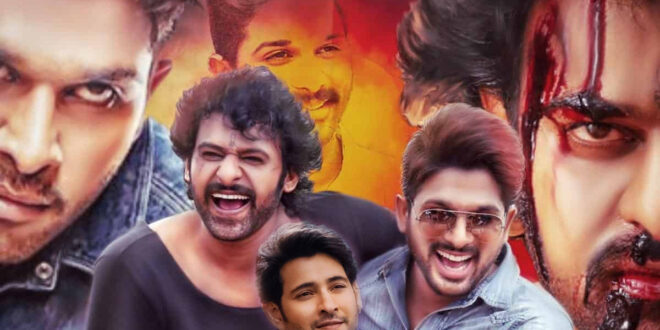 Right now we have one big star hero who is charging more than ₹ 100 crores and that is none other than Prabhas. The Baahubali star has gone too big as his Bollywood market is quite bigger and that also fetched him almost 3-4 projects whose budgets are more than ₹200+ crores. And here comes the new case.

Apparently without the box office collections taken into consideration, Mahesh Babu’s latest movie Sarkaaru Vaari Paata made ₹125+ crores from theatrical rights, while it made another ₹60-70 crores from digital streaming and satellite rights as well as other deals like audio, merchandise and all. With his films ready to do a business of ₹200 crores with Telugu version alone, right now the Superstar is said to be demanding ₹100 crores as his paycheck for his next.

Then we have Pushpa movie making quite big in the Hindi circuits and the total share collected by the film stands at ₹190+ crores. At the same time, the film’s digital streaming and satellite rights are said to have clocked nearly ₹100 crores. With his films making nealry ₹300 crores, now the Stylish Star Allu Arjun is also said to be demanding ₹100 crores as his pay packet.

With these two big stars demanding ₹100 crores like a Prabhas now, their producers are said to be little worried now as they have to get huge money now to clear their dues before the release of the movie. And this ₹100 crore club is one of the major worries for other producers too, becuase other heroes are also asking for hike after coming to know about this. Of course, Tollywood Bandh has this particular thing as one of their reasons anyway.