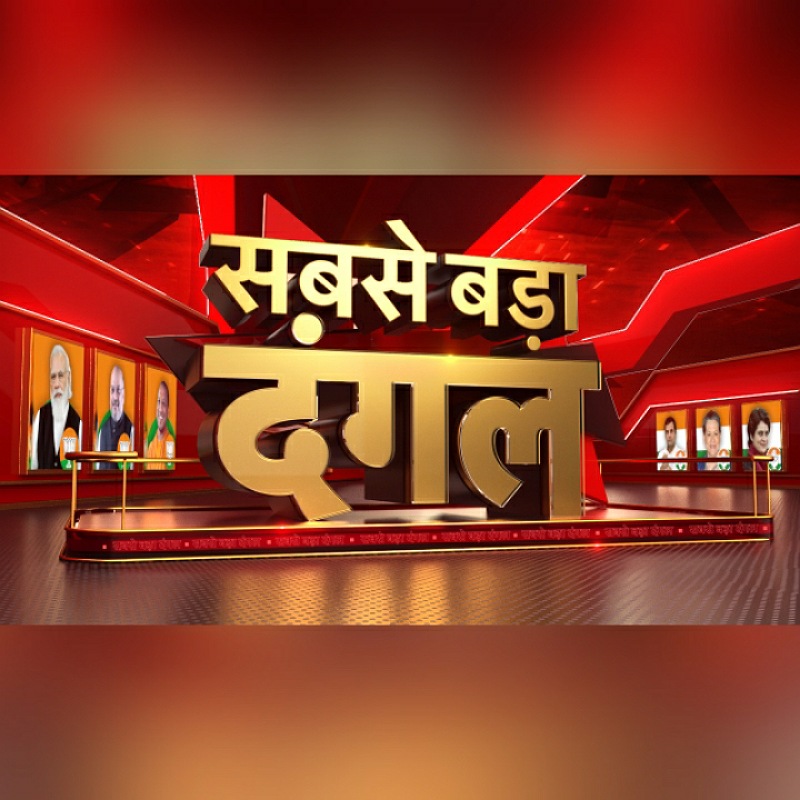 Mumbai: Political parties and voters alike are gearing up for a fierce political battle in all the election-bound states including Uttar Pradesh, Uttarakhand and Punjab. To bring all the latest updates right from ground zero and bring into discussion the key issues that will be defining these elections; News18 India, the leading national Hindi news channel, has planned an extensive election-focused programming.

Under the umbrella ‘Sabse Bada Dangal,’ News18 India has lined up an array of new shows alongside election-special episodes of some of its very popular on-air shows.

The programming will provide a 360-degree outlook of the elections from the poll-bound states and will strike a chord with the viewers through diverse show formats.

Sabse Bada Dangal will have interesting show formats such as ‘Chunauti’ – where political leaders will discuss the challenges of the upcoming elections but in a very candid and informal setup and Rath Yatra- where political debate will be conducted in a slow moving vehicle with party supporters moving alongside. Further, channels renowned anchors with their popular shows such as “Bhaiyaji Kahin,” “Lapete Mein Netaji,” “Desh Nahi Jhukne Denge,” and “Aar Paar” will provide meaningful discussions, in-depth opinions and analysis in their own unique ways.

News18 India will, thus, present a unique ringside view of the political contest by bringing together leading newsmakers, political commentators and voters through these election special shows.

Adding to the formidable editorial team led by experienced journalists such as Kishore Ajwani, Amish Devgan, Prateek Trivedi and Aman Chopra, the channel will bring renowned political experts and analysts for an in-depth breakdown of all the political developments during this election period.

Tapping into the power of News18 Network, one of the largest news broadcasters, the programming will cover polling days with unparalleled width &land depth and bring the fastest and most accurate results on the counting day through its unique concept of ‘Live Result Hub’ where the counting data is reported directly from the counting centers.