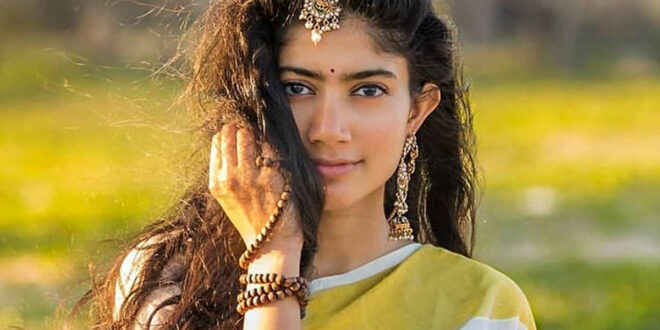 The ongoing controversy on Sai Pallavi’s words from an interview appears to be having a huge impact on her. The love and hatred on social media have reached Sai Pallavi and she decided to put an end here she is clarifying what she said.

Sai Pallavi made a video byte clarifying things about the issue and she spoke her heart.

Sai Pallavi said in her video, ‘This is the first time getting on live and clarifying something. This is also the first time I am thinking twice before speaking my heart because my words might get interpreted.’

‘In my recent interview, I was asked if I am left or right supporter and I clearly stated my neutral stand. I was clear that we should be good human beings first before we identify ourselves with our beliefs. I went on to elaborate on two things that I mentioned that had a huge impact on me
that left me traumatized for days.

‘After watching Kashmir files, I spoke to the director and I told him that I was disturbed seeing the plight of the people at that time. Being someone that I am I would never belittle a tragedy like the genocide ad the generations of the people still affected by it.’

‘Having said that I could never come to terms with the mob lynching incident that’d taken place during our covid times. I remember seeing that video and being shaken by the footage. I believe that violence in any form is wrong and even it is in any name of the religion is a huge sin.’

‘This is all I wanted to say but it was very disturbing to see that many people online are justifying the mob lynching incident. I don’t think any of us have the right to take the life of another person. Being a medical graduate I believe all lives are equal and important. ‘

‘I hope that a day doesn’t come when a child is born and he/she is scared of their identity. I pray that we are not heading towards that. 14 years of school and I remember chanting ‘All Indians are my brothers and sisters’ and It went so deep into my head that we as children would never differentiate each other based on culture, caste, and religion. Anytime I speak on very neutral ground, and I was very surprised to see that it was taken in a completely different way.’

‘It was also very upsetting to see that a lot of prominent personalities and websites had carried a snippet from a previous interview even without seeing the complete interview or the genuinity behind what was said.’

‘Taking this opportunity to thank those who stood by me because I was feeling so alone and conflicted wondering what I did wrong. It was heartwarming to see a lot of people raising their voices to support me. I felt like they knew me for who I am. I wish you all happiness, peace, and love. ‘

It looks like Sai Pallavi made it clear once and for all and at least now that the controversy should end.