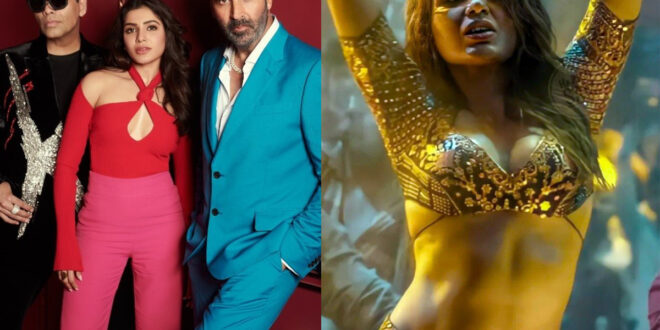 Not for once or twice, host Karan Johar heaped praises a lot of times on the ‘hotness’ of Samantha Ruth Prabhu in the song “Oo Antava” from Pushpa. And then she asked her why did she actually take up that song while hosting her on the 3rd episode of Koffee With Karan Season 7.

Karan asked Sam, “You nailed it, killed it, and did everything. Was it a rebellious move, a strategic move, or something you did because you felt, “F*ck, I’ll do it”.

At the same time, Samantha tried to balance her words, saying that she used her body as all actors do. “In the Family Man series, Raji is involved in physical combat for a cause. And Oo Antava is about giving a statement”, she concluded.

Karan Johar however adds, “But you were hot in the song, whether you are making a statement or showing the world middle finger”, once again reiterating that there is no criticism of the song anywhere.