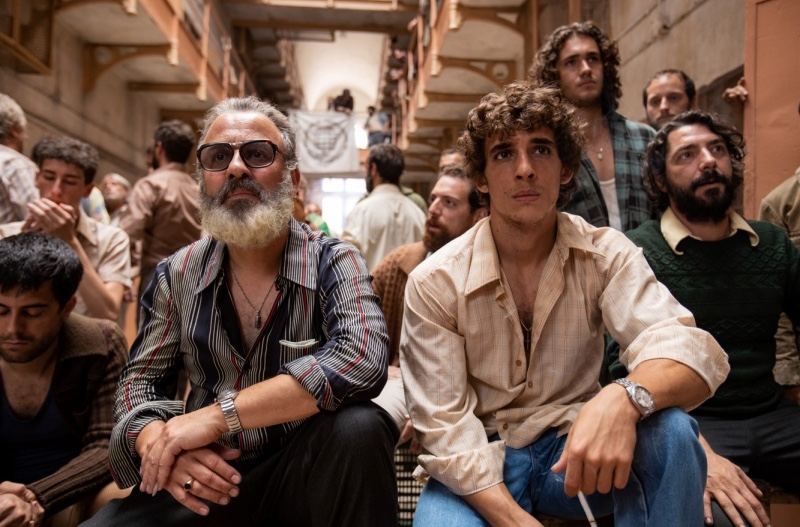 The thriller is set in Spain in the 1970s and features a cast including Miguel Herrán (Money Heist) and Javier Gutiérrez. The film marks the director’s fifth participation in the festival’s program. It will screen following the opening gala on Sept. 16.

“Modelo Prison. Barcelona, 1977. Manuel, a young accountant (Herrán), imprisoned and awaiting trial for embezzlement, faces a sentence of six to eight years, a disproportionate punishment for the crime committed,” the plot description reads. “Together with his cellmate Pino (Gutiérrez), he joins forces with COPEL, a collective fighting for the rights of ordinary prisoners and amnesty. A war for freedom breaks out that will bring the Spanish prison system to its knees. If things are changing outside, they’ll have to do the same inside.” The film is described as “a tale of friendship, solidarity and freedom, inspired by true events.

Rodríguez debuted at the fest in the New Directors section with El Factor Pilgrim (2000), a feature film co-directed with Santi Amodeo.” With El traje/The Suit (2002) he once again appeared in the same section, while his debut in the official selection was 7 vírgenes/7 Virgins (2005), for which the actor Juan José Ballesta won the Silver Shell for best actor. Later came After (2009), nominated for three Goya awards, and Grupo 7/Unit 7 (2012), screened in Made in Spain and nominated for the Goya in 16 categories.”