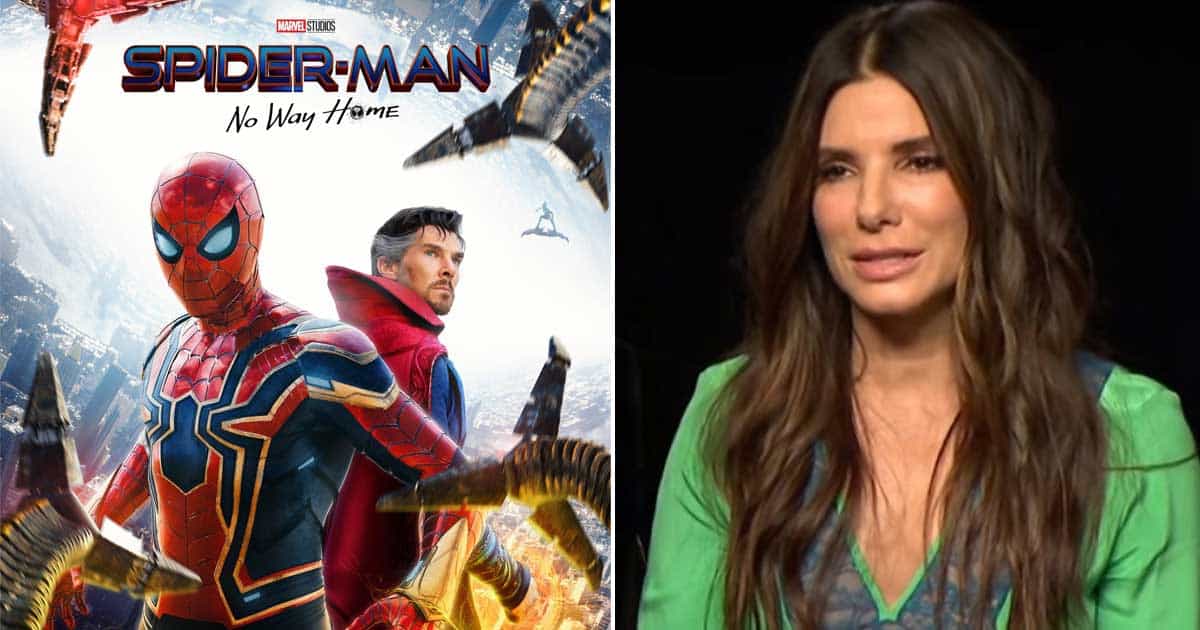 Renowned actor Sandra Bullock has a huge fan following across the globe not just for her clever movie choices but also for her sweet and friendly nature. In a recent interaction, the actor shed some light on her kids’ preferences in movies and mentioned that her son Louis is not a fan of her filmography. Sandra Bullock also spoke about the rumours regarding her involvement in the upcoming Marvel movie, Spider-Man: No Way Home and even though she ridiculed the speculations, fans are having a hard time believing her.

For the unversed, Spider-Man: No Way Home is an upcoming movie that has been creating a lot of buzz amongst the audience. The film stars Tom Holland in the lead role and rumours suggest that Sandra will also make a surprise appearance in it as a character named Madame Web.

Speaking about the speculations, Sandra Bullock asked the host, Jimmy Kammel, what character she was supposed to play in the film according to the rumours. He explained Madame Web’s character in detail, stressing how she has psychic powers to guide Spider-Man through difficult times.

Jennifer Lawrence Feels Pay Disparity With Leonardo DiCaprio For ‘Don’t Look Up’ Is Justified: “He Brings In More Box Office Than I Do”

Before rubbishing the rumours, Sandra Bullock mentioned that her son Louis is a huge fan of the MCU. She said, “You know what? If that were a rumour that my son had heard, do you know how much I would get him to do in the house? I would be so successful in my requests”.

Sandra also jokingly asked why she did not receive a call as she believes she would have done well if she was cast as the character. The actor said, “Why was I not hired for this? What happened to the talks?”.

Sandra Bullock also made it clear that she has never received an offer from Marvel before and she believes she is not “Marvel material”.

Sandra Bullock has lately been promoting her upcoming drama, The Unforgivable, which will have a worldwide release on December 10, 2021.

Must Read: Camila Cabello Reveals The Reason Behind Her Shocking Split With Shawn Mendes

The post Sandra Bullock Reacts To Rumours Regarding Her Role In Spider-Man: No Way Home; Here Are The Deets! appeared first on Koimoi.