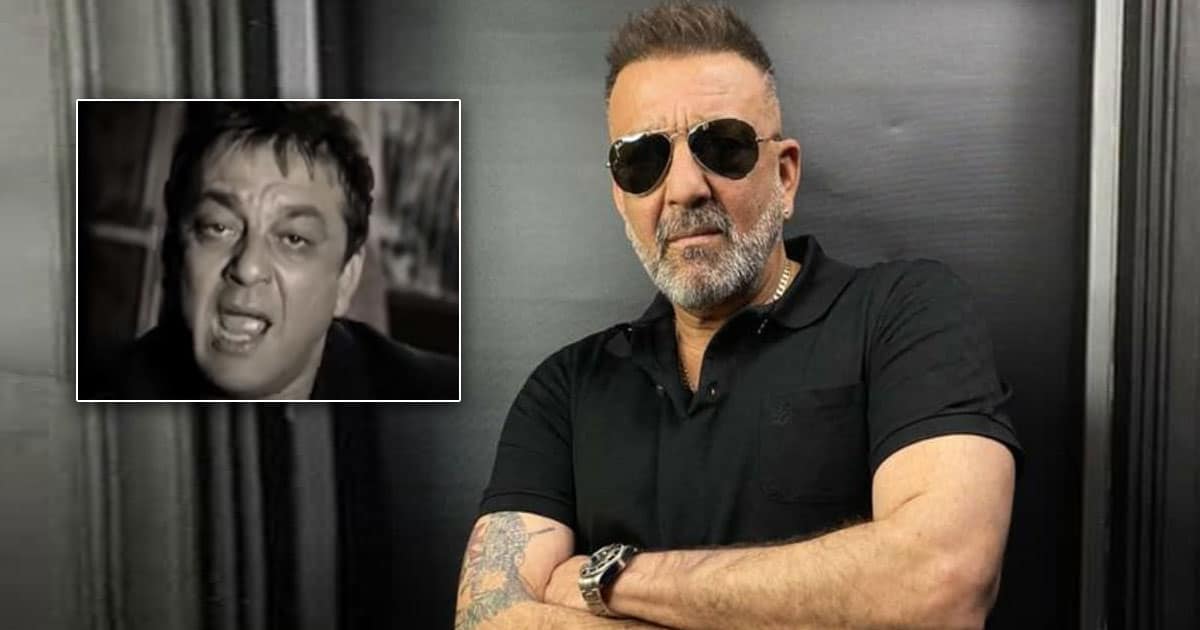 Whether old or fresh, controversies always manage to stay alive when on the internet. Well, when it comes to Bollywood, controversies revolving around its members are no new thing. However, some of it definitely leaves us shaken to the core. One such was Sanjay Dutt’s old advert that to date makes us question ‘what were the makers even thinking?!’.

We are pretty sure you are well aware of this ad of his, but in case your memories are a little cobwebbed, the ad we are talking about was of his 2008 ‘Haywards 5000’ ad which has now resurfaced on the internet.

Sharing Sanjay Dutt’s old ‘Hayward 5000’ ad on Reddit (BollyBlindNGossips), fans are now brutally trolling the actor for schooling Indian men about their ‘feminine’ behaviour and pointing out the overall toxic masculinity in it. The video starts with The Munna Bhai MBBS actor talking about the harmful effects of Indian men behaving like ‘bhenji’ and also bashing them for growing ‘long hair’ and choosing to go to a parlour and wax their body and shave their chest hair.

In the monologue, Sanjay Dutt also criticised men for caring about their looks, getting their hair perm from a salon, getting their face steamed, choosing feminine colours, etc and claimed that Indian men and their ‘manliness’ are in danger. Baba of Bollywood during his rant said, “They (Indian men) want to feel like behenjis…wear clothes like behenjis, put on lotions and creams like behenjis,” He also added, “Let’s not have anything to do with facial and lip gloss, and hand creams, and counting calories, and flowery perfumes… or flowery anything. This is the new kranti (revolution) I want to start for men…it’s called Mardangiri (Manliness).”

This monologue, even though it was taken way back, manages to resurface on the internet now and then. Each time it does, netizens never fail to troll the actor for the same. Now that it once again has caught the attention, netizens are taking it to the comment section to school and troll Sanju Baba.

One commented, “Homelander vibes… Lately i feel like all bolly celebs have god syndrome and they act like Superheroes from The Boys universe in one way or another.”

Another one said, “Iske khud ke lambe baal the !

Wtf!!?!!? How do these ppl get away with this shit? Bhenjis it seems! You’re effing married to one!”

The third one said, “Ok boomer, you didn’t take care of your hair or skin and it fucking shows. 🙄 “

“Sanju baba is hella problematic and should have been boycotted and deplatformed a long time ago”, the fourth one said.

The fifth one went on to say, “Don’t wear sunscreen too. No wonder he looks like a wrinkled leather bag left out in sun for too long. Toxic masculinity.”.

One also went ahead to take a dig at Sanjay’s own line from the video & said “Yeh manly nahi hai.”

For more such amazing updates and throwbacks, make sure to follow Koimoi.

Must Read: When Sanjay Dutt Said “I Can Shed My Blood For Him” While Reacting To His Rumoured Split With Kumar Gaurav In The Media