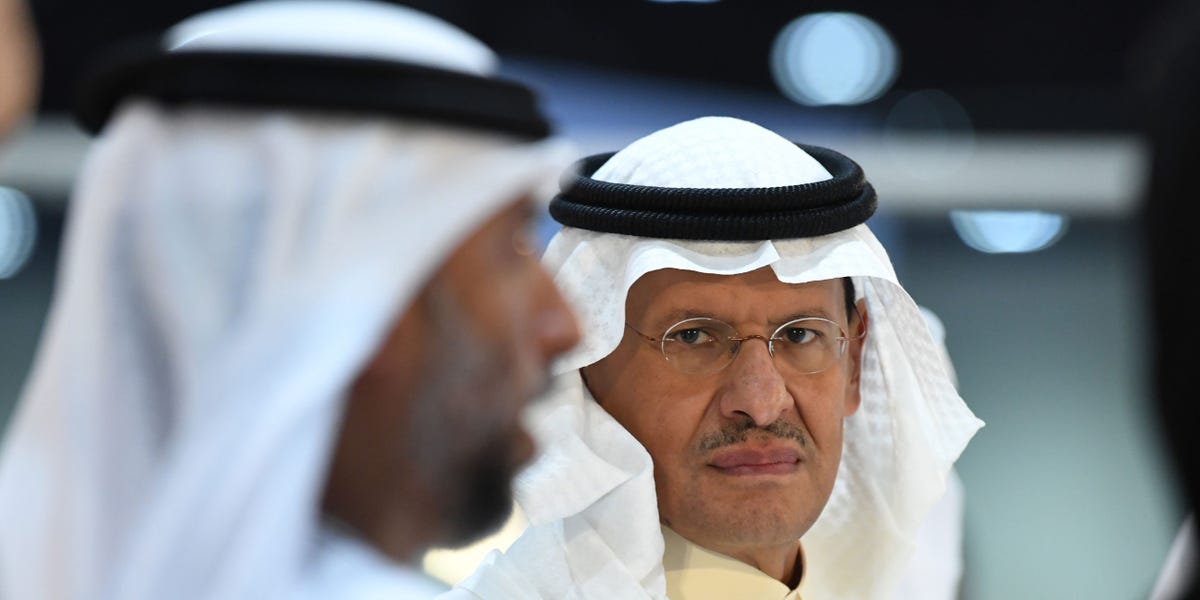 Saudi Arabia’s recent warning that OPEC+ could cut production sparked a rally in oil prices that analysts say was the intended purpose as threats to the kingdom’s revenue loom.

Prince Abdulaziz bin Salman said on Monday that OPEC+ could trim oil output, as “a false sense of security” in global markets have left them disconnected from fundamentals. Within days, several other OPEC members voiced support for his comments. Reports also surfaced that OPEC+ would back a production cut if Iranian oil returned to the market under a revived nuclear deal.

In response, Brent crude, the international oil benchmark, rallied to climb back above $100 per barrel after slumping for weeks amid fears of a recession and signs of progress on the Iran nuclear deal.

Rather than trying to restore the proper functioning of oil markets, analysts say Saudi Arabia’s game is simple: keep oil prices high so the kingdom can get as much revenue as it can.

“More market uncertainty has boosted prices, which is exactly what Saudi Arabia is looking to do,” said Stephen Ellis, utilities and energy analyst at Morningstar. “Saudi Arabia does appear more concerned about a recession, which would tank oil prices, so it wants to capture the benefit of high oil prices as long as possible.”

Meanwhile, higher prices could be threatened if the US and Iran revive an agreement that freezes Tehran’s nuclear program while allowing for its oil to be sold again. Prospects for a deal rose after Tehran dropped a key provision that had long stalled the talks.

Experts have estimated that Iran could add 1 million barrels of oil a day to global markets, significantly easing tightness in supplies as Europe looks to impose a partial ban on Russian crude by December.

As a result, the timing of Saudi Arabia’s production-cut comment is key, as it came days after Brent crude neared $90 a barrel.

Indeed, the kingdom’s break-even price is roughly $85, according to Viktor Katona, Kpler’s lead crude analyst, saying that Riyadh “just needs the money” and wants to avoid a pricing environment that is “not as convenient as it used to be.”

Efforts to keep oil prices high would conflict with US attempts to bring down crude as President Joe Biden scrambles for ways to tackle inflation.

So as Washington and Tehran move closer to a deal that would lower oil prices, Saudi Arabia is moving the geopolitical needle by using OPEC+ output cuts as a threat against Iran re-entering the market, Katona said.

“Saudi Arabia can make the deal go sour for those participating in it,” he warned.