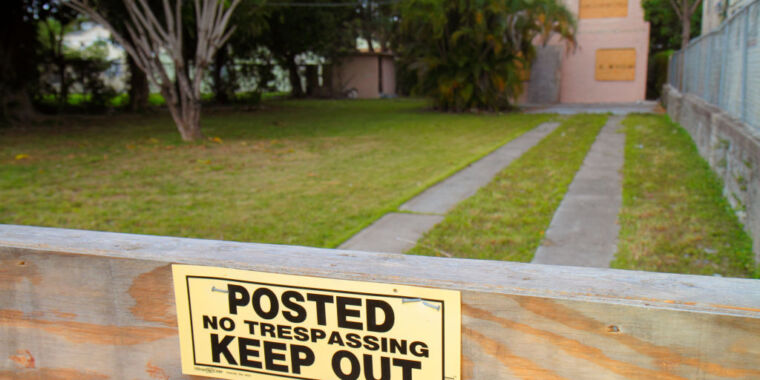 As the pandemic unfolded in spring 2020, an Educause survey found that an increasing number of students—who had very little choice but to take tests remotely—were increasingly putting up with potential privacy invasions from schools. Two years later, for example, it’s considered a common practice that some schools record students throughout remote tests to prevent cheating, while others conduct room scans when the test begins.

Now—in an apparent privacy win for students everywhere—an Ohio judge has ruled that the latter practice of scanning rooms is not only an invasion of privacy but a violation of the Fourth Amendment’s guaranteed protection against unlawful searches in American homes.

The decision came after a Cleveland State University student, Aaron Ogletree, agreed to a room scan before a chemistry exam, even though his teacher had changed their policy, and he did not expect it to happen before the test. Because there were others in his home, he took the test in his bedroom, where he says he had sensitive tax documents spread out on a surface. These confidential documents, he claimed, could not be moved before the test and were visible in the room scan recording—which was shared with other students.

Before the decision, Cleveland State defended its room scanning practice by saying that it had become common during the pandemic and, therefore, more acceptable to society.

Under the Fourth Amendment, only unreasonable searches are protected, and the university did not see their room scans as unreasonable. Part of the school’s logic was that Ogletree knew there would be a room scan and was not coerced into scanning his room. They say he also could’ve prepared to remove any sensitive documents from the room or simply chosen to take the test in a different room. The university claimed that the room scans were considered so universally harmless by students that nobody ever complained about the practice before Ogletree.

Calabrese did not accept this defense, partly because “rooms scans go where people otherwise would not”—like Ogletree’s bedroom—and partly because the home has always been considered a core protected space where privacy could be reasonably assumed in the US.

“Though schools may routinely employ remote technology to peer into houses without objection from some, most, or nearly all students, it does not follow that others might not object to the virtual intrusion into their homes or that the routine use of a practice such as room scans does not violate a privacy interest that society recognizes as reasonable, both factually and legally,” Calabrese wrote.

A Cleveland State spokesperson provided Ars with this statement: “As directed by the Court, Cleveland State University’s counsel will confer with Mr. Ogletree’s counsel on appropriate next steps. Ensuring academic integrity is essential to our mission and will guide us as we move forward. While this matter remains in active litigation, we are unable to comment further.”

Calabrese’s decision came down to what the law considered reasonable for schools attempting to prevent cheating.

Ultimately, because Cleveland State unevenly used room scans—they are optional by the teachers’ discretion—and the school had various other methods to combat cheating, the judge said the room scans could not be considered a justified privacy invasion. He also said that because the pandemic, and Ogletree’s family’s health concerns, prevented the student from accessing other options like in-person testing, any student “who valued privacy” would have to sacrifice the right to privacy at home to remain enrolled. That benefit—unlike the loss of benefits from social support programs without agreeing to a home search by the state—does not outweigh the loss of privacy to citizens, Calabrese wrote.

Another issue Calabrese had with Cleveland State’s argument was that the school didn’t provide much evidence showing the room scans work all that well to prevent cheating. The plaintiff provided evidence that it doesn’t always work, though. The judge suggested that perhaps there isn’t enough evidence of the efficacy of room scans because the practice is so new, but it seems likely his decision could shut down the practice at schools nationwide before any study could be conducted to support any future claims from schools.

Calabrese cited one of the earliest slippery slope arguments in Supreme Court history in his decision supporting Ogletree’s right to privacy. Ultimately, he wrote, although conducting room scans could be considered relatively harmless, its unconstitutionality represented “the obnoxious thing”—in this case, warrantless searches—“in its mildest and least repulsive form.” That’s how “illegitimate and unconstitutional practices get their first footing,” the cited Supreme Court opinion reads, “by silent approaches and slight deviations from legal modes of procedure.” In his opinion, Calabrese seems to suggest that universities conducting room scans may open the door for illegal searches and, therefore, cannot be condoned.

Ogletree’s legal team confirmed to Ars that he is still enrolled at Cleveland State but said that he had no further comment at this time.