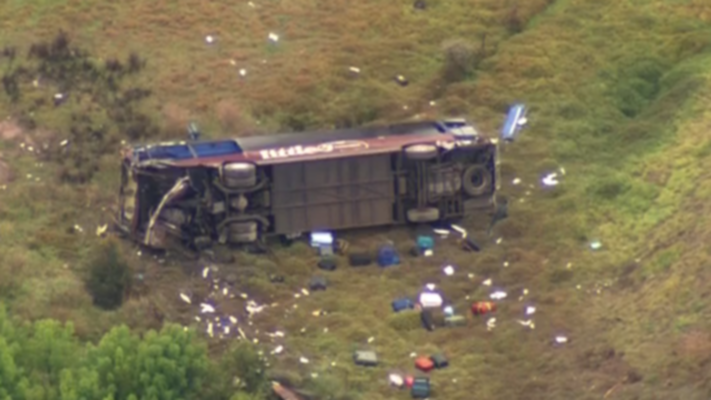 A teenager girl has been airlifted to hospital with serious injuries after a truck collided with a school bus in Melbourne’s north west early Wednesday morning.

The truck crashed into the school bus on the Western Freeway, near the intersection of Condons Lane about 3.15am.

WATCH THE VIDEO ABOVE: Dozens of children hospitalised after truck slams into school bus.

As a result of the impact the bus, carrying 27 female students, four adults and a bus driver, rolled down an embankment.

The rest of the students and the four adults were taken to hospital for observation.

The Melbourne-bound lanes of the Western Freeway are expected to remain closed for several hours.

Motorists have been urged to take an alternative route, using either Halletts Way or Gisborne Road to return to the freeway.

Fiona Patten to have kidney removed after being diagnosed with cancer