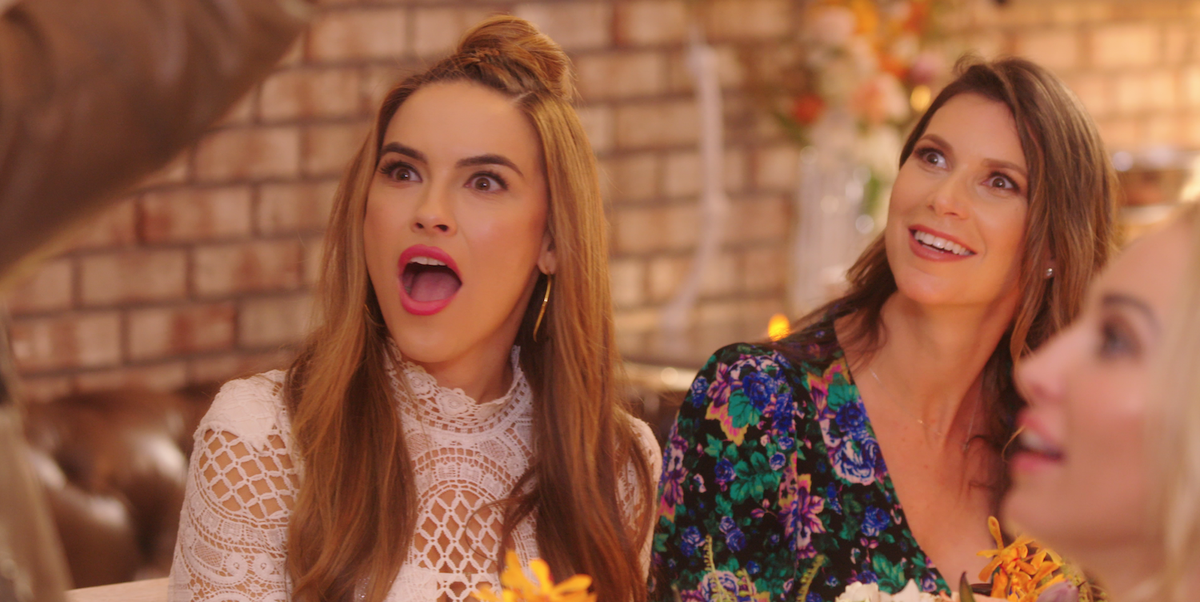 Is there such a thing as Selling Sunset Addicts Anonymous? Because even though season 4 is still days from premiering, we’re still already thinking about to season 5 and it feels like we might need a support group to process this obsession with. Followup question: If there’s not a Selling Sunset stan support group, is anyone else interested in starting one/jointly live-tweeting reactions to multiple binges of every season?

No? Well, in the meantime, feel free to quench your own thirst for Selling Sunset intel by scrolling through everything we know so far about the upcoming fifth season.

We don’t know much about Selling Sunset season 5 yet, but we do know that it’s happening because Netflix, in its infinite benevolence, renewed the show for not just one, but two seasons back in March.

The whole cast is returning (as far as we know)

When Netflix revealed that Selling Sunset was renewed for two seasons, the announcement included a cast list which, we assume/dearly hope applies to both seasons. Here’s what Netflix officially wrote in the cast section of that announcement: “Joining Jason and Brett Oppenheim are Chrishell Stause, Christine Quinn, Mary Fitzgerald (and Romain Bonnet), Heather Rae Young, Amanza Smith, Maya Vander, and Davina Potratz.”

When Chrishell Stause and Jason Oppenheim revealed this summer that they were dating, our world stopped and our craving for new Selling Sunset eps increased by approximately 100000%. Unfortunately, it looks like we will not get the insider look at Chrishell and Jason’s ‘ship we were hoping for in season four.

According to Cosmopolitan UK, season 4 won’t feature Jason and Chrishell’s relationship, a fact that Mary Fitzgerald confirmed to Metro.

“Well, you’re definitely going to see a relationship divide, that you wouldn’t expect and things that have happened where it’s just shocking,” she said. “Without giving away too much, it’s hard to, it’s hard to say to explain it but it’s gonna be pretty shocking to see some of the things that have happened. I think Jason and Chrishell came out with their relationship in between season four and five. So, you won’t see that on season four, but you will in season five.”

We’ll keep updating this post as we learn more about Selling Sunset season 5.