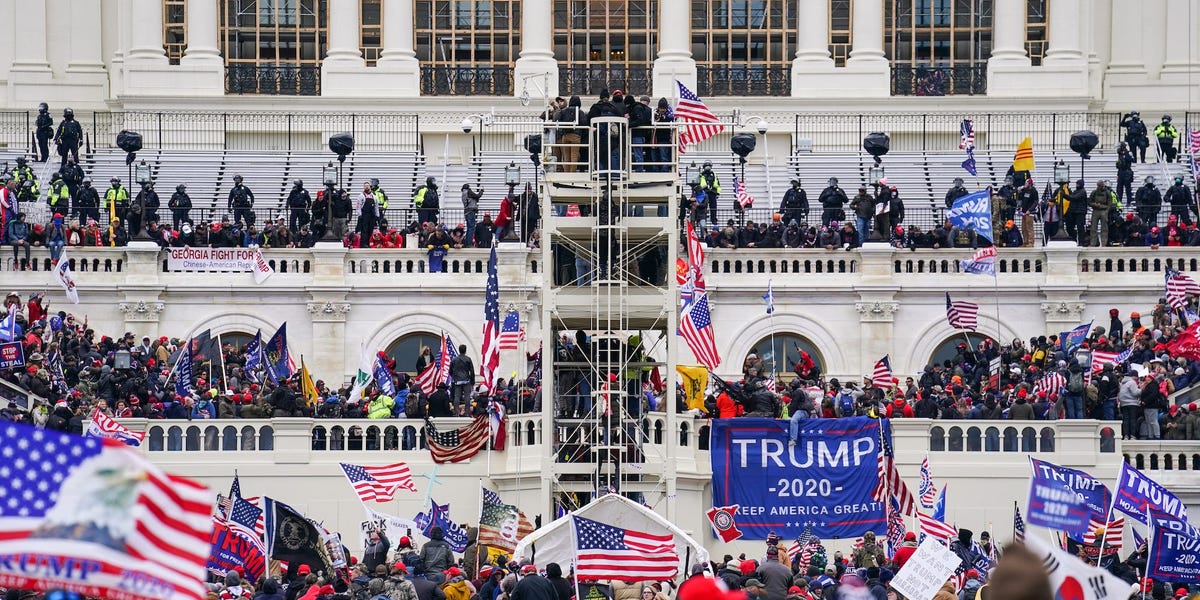 A Kentucky man who once found local acclaim as the 4th place winner of a 2019 “Sexy Farmer” contest in Kentucky now faces a new kind of notoriety.

Jordan Revlett, 24, of Island, Kentucky, pleaded guilty on Friday to one misdemeanor charge related to the January 6 Capitol riot. Revlett was arrested in January 2021 after an anonymous tipster alerted the FBI to Snapchat photos and video Revlett posted of himself entering the Capitol building on January 6, according to a criminal complaint.

Prosecutors said additional videos from Revlett’s Snapchat account showed the chaos inside the Capitol and were taken from the perspective of someone in the building.

Revlett later posted a “selfie” from inside a vehicle with a caption that said: “Just so you guys know a capitol police officer opened the door from inside to let us in,” according to charging documents.

Revlett initially faced four charges, including violent entry and disorderly and disruptive conduct in a Capitol building. But as the government works to prosecute the more than 750 people arrested in connection to the attack, federal prosecutors have offered several Capitol rioters the lesser charge of parading, demonstrating, or picketing in front of a Capitol building in exchange for their guilty pleas.

The count carries a possible sentence of up to six months in prison, but other rioters who have pleaded guilty to the misdemeanor have received sentences ranging from probation to 45 days in jail.

Revlett made headlines following his January 2021 arrest when The Daily Beast reported on his previous title as the 4th place winner of a “She Thinks Her Farmer’s Sexy” contest held by a local Kentucky radio station in 2019.

Photos from the contest show Revlett smiling in front of a tractor while wearing a cowboy hat.

“I’d like to thank everyone that voted for me, almost 8,000 votes. This started as a contest, but it turned into much more than that for me,” he wrote.

Following the insurrection, while out on bond, Revlett maintained his presence on Twitter, frequently showing support for former President Donald Trump, according to The Beast.

Revlett is set to be sentence on April 22. An attorney representing him did not immediately respond to Insider’s request for comment.