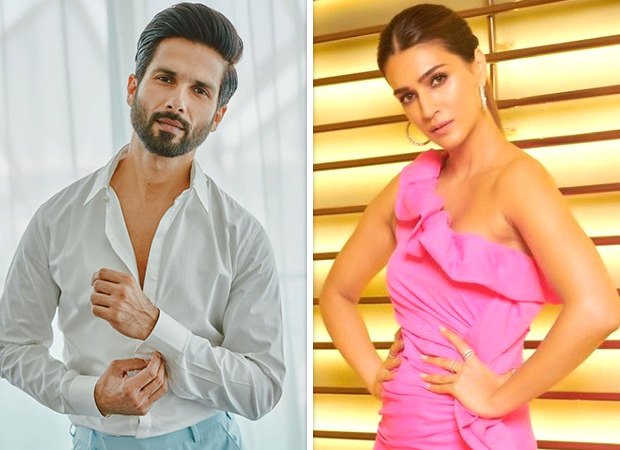 While Dinesh Vijan is busy setting up a supernatural universe with Stree, Bhediya, and Roohi as a part of his franchise, the producer has another interesting concept up his sleeve. From what we hear, he will next be working on a robot film but with elements of romantic comedy. If that’s not all, it will bring together the unique pairing of Shahid Kapoor and Kriti Sanon together.

As per recent reports in Peeping Moon, the film will be set against the backdrop of Indian culture and tradition set up. A source was quoted in these reports saying, “Shahid Kapoor and Kriti Sanon’s film is a robot rom-com. It’s a quirky Indian take on the romance between a man and a machine, something that has been explored many times in Hollywood but is rare in Indian cinema. In this film, Shahid plays a robotics guy, while Kriti will be seen as a robot.”

The source also revealed that the makers are keen on making it look like a cross between the 2014 Hollywood film Ex Machina and the Life Ok sci-fi drama Bahu Hamari Rajinikanth. “It’s a Hollywood concept told in the typical Indian context and promises audiences a unique and enticing experience packed with loads of drama and quirkiness,” added the source.

The film is expected to be directed by debutant Amit Joshi, who has been a screenplay writer in the past for films like the forthcoming Madhur Bhandarkar movie Babli Bouncer starring Tammannaah Bhatia in the lead. While this will be a rare role for Shahid Kapoor, this will also be the first time that Kriti Sanon will be seen in such a unique role. As of now, the film is yet to be titled and Dinesh Vijan’s Maddock Films haven’t made any official announcement regarding the same.