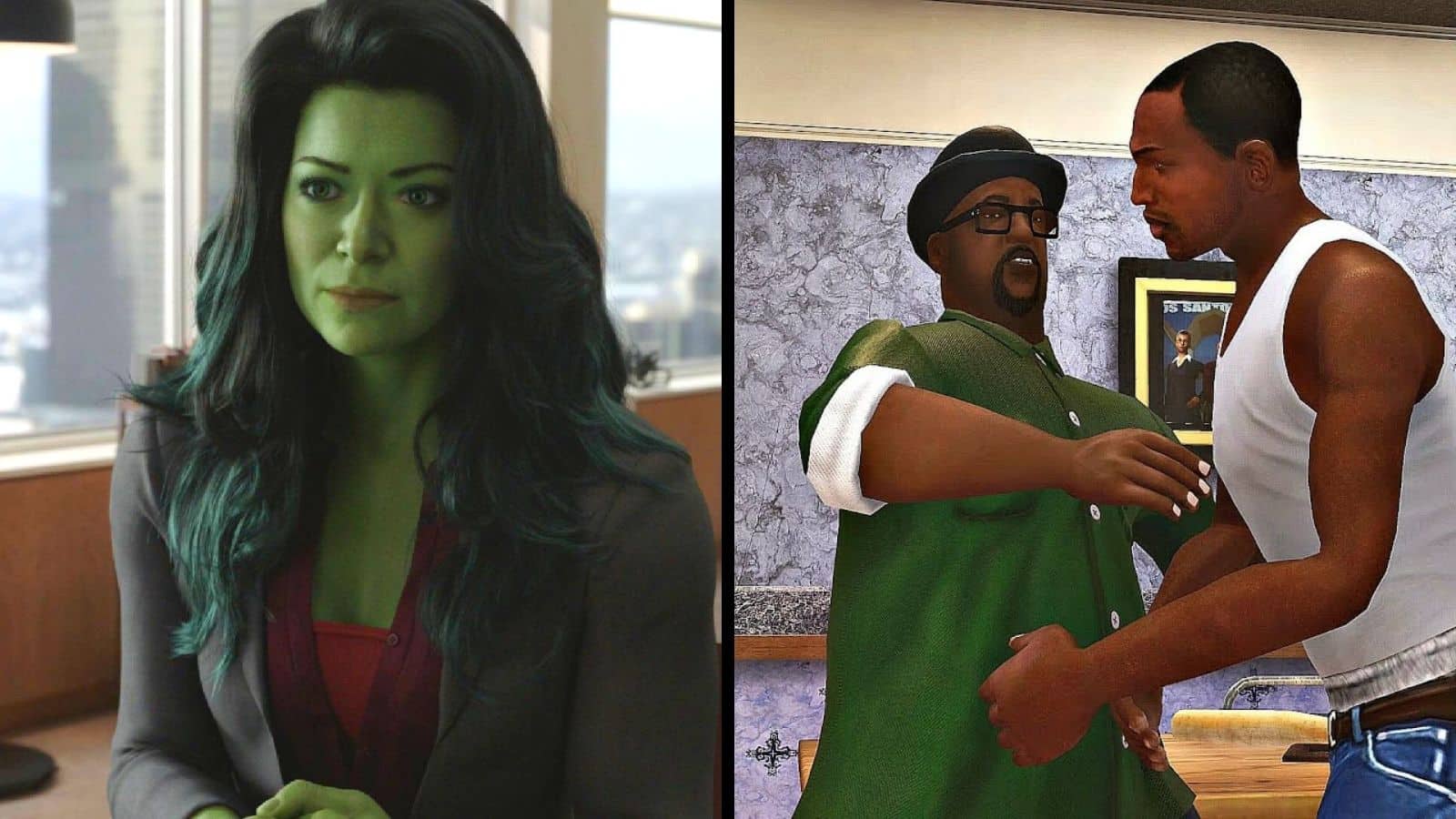 Fans have been critical of Marvel’s CGI efforts on the She-Hulk: Attorney at Law series since its reveal trailer.

Early promotional material received so much backlash that the show’s director responded to critics, defending their rendition of Jennifer Walters.

However, fans of the show are still noticing bad CGI as far in as episode three, claiming some scenes look “worse than a GTA cutscene.”

The clip in question that’s garnering the most criticism is a scene of She-Hulk walking into Nikki Ramos’ office and sitting down to talk with her.

Viewers can clearly tell that something looks slightly uncanny about the way She-Hulk walks into the room, as well as the motion smoothing in the scene.

It’s not just this one scene either. Lower-quality CGI permeates much of episode three, creating some distracting moments.

The CGI in episode three has caused some fans to beg Disney to “Give the MCU a budget again,” but others online have pointed out it may not be that simple.

“The budget isn’t the issue…” noted Twitter user NeroSub98. “…It’s the overworked VFX artists, the extremely tight deadlines and offshoring a lot of their work to 3rd parties that don’t have enough experience or strict quality control.”

The budget isn’t the issue, they spend like 20-25 million per episode, it’s the overworked VFX artists, the extremely tight deadlines and offshoring a lot of their work to 3rd parties that don’t have enough experience or strict quality control.

While comparing She-Hulk’s CGI to GTA San Andreas on the PS2 is certainly hyperbole, Disney fans are certainly unhappy with the quality of Disney+’s latest exclusive series.