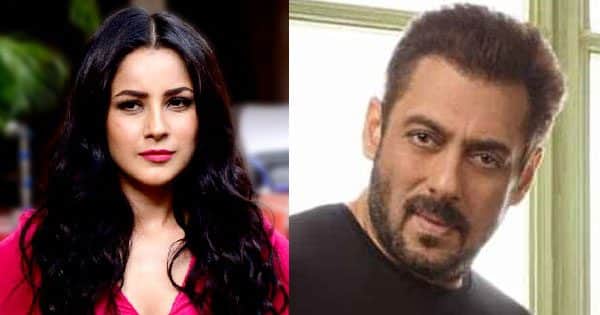 Shehnaaz Gill is all set for her Bollywood debut KisiKa Bhai KisKi Jaan the title has been changed from Kabhi Eid Kabhi Diwali. While the Bigg Boss 13 fame is damn excited to see her fans’ reaction to the film, Shehnaaz talks about how her popularity will sell the film. Ina recent interaction, the most loved and biggest star in the industry right now was asked about how his popularity will help the film. To which Shehnaaz was extremely surprised and asked the interviewer, ” Arey aap kya bol rahe hai? Salman Khan ki film hai. Main kya hu unke same(What are you saying, it’s Salman Khan’s film, my fan fowling is nothing in front of him. “

Shehnaaz Gill is confident that Kisi Ka Bhai Kisi Ki Jaan will be a superhit, here’s why

Later she added that every celebrity who is a part of the film will be beneficial to attract the audience in the theatres and conclude by ageing, ” Salman Khan ki film hai, chalegi hi chalegi”. Well, we wonder if many will agree with her statement, while there is no denying that no one holds the tar power like Bhai. The film also stars Pooja Hegde opposite Salman Khan, while Raghav Juyal will also be a part of the film who’s dating rumours sparked with Shehnaaz Gill. Later the actress rubbished the news saying that it is false.

Salman Khan is very fond of Shehnaaz Gill and his fans have witnessed that during Bigg Boss 13 days And after Sidharth Shukla’s death, he is like a family too. The superstar is her mentor and she often reaches out to him if she is in professional matters. SidNaaz fans are eagerly waiting for the girl to shine like never before.