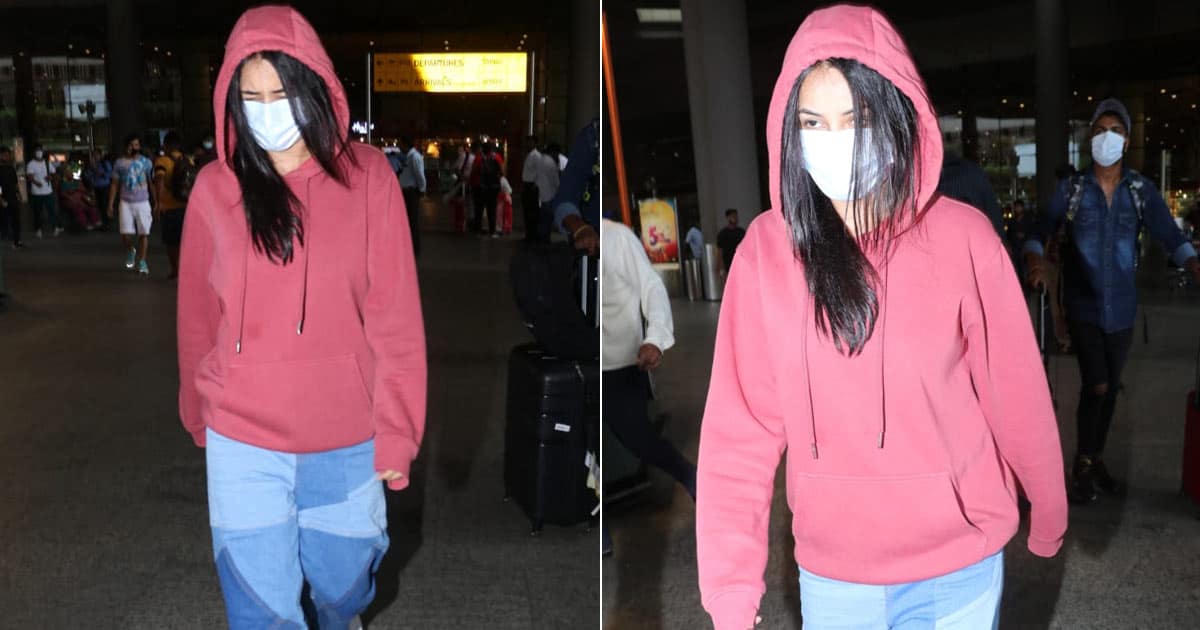 Shehnaaz Gill needs no introduction. The actress, who rose to fame with her stint in Bigg Boss 13, carved a niche for herself in everyone’s heart. With every move she makes and every step she takes, the actress trends on social media. Sana enjoys a huge fan following and to keep her diehard fans updated the actress posts a time-to-time update of her daily routine to tell them what she is upto. Recently, the actress made everyone’s head turn when she dazzled in a red bridal dress. Shehnaaz Gill turned into a showstopper for a fashion show where she stole everyone’s hearts with her thumkas and latka jhatkas.

Shehnaaz Gill was seen walking the ramp while Sidhu Moose Wala’s song played in the background. The actress paid tribute to the singer, who was killed on May 29, in Punjab.

After stealing everyone’s heart with her ramp walk, Shehnaaz Gill has now left everyone in splits. This evening, Sana got snapped at the Mumbai airport as she returned to the Bay. Soon after she made an exit, she was seen goofing around with paps. For the airport look, Sana kept it cool and comfy as she sported a red hoodie with baggy blue denim. Letting her hair down, Sana followed the COVID-19 protocol and wore a mask too.

Shehnaaz Gill was seen avoiding the paps as she didn’t pose for them while she made her way towards her car. Soon after the clip surfaced, fans couldn’t help but go ROFL on her actions. Commenting on the video a user wrote, “Cutie aaj full mood m hai,” while another said, “Shehnaaz k ghar jaana tha kya peeche peeche nahi hua to dukhi hogaye.”

Check out her video below: