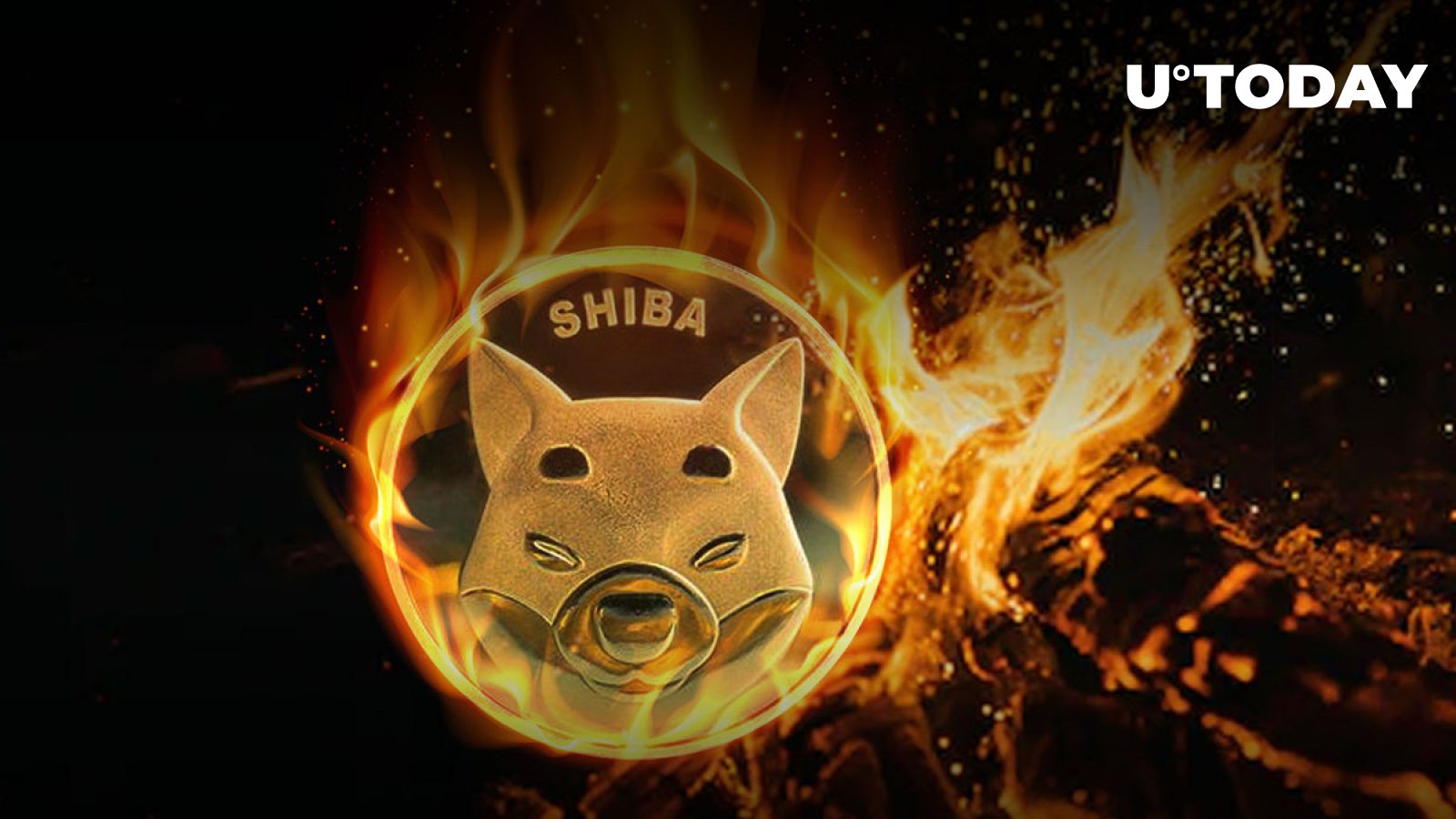 Number of SHIB burns has drastically risen, pushing the burn rate nearly 2,000 percent up, here’s who burnt nearly all this SHIB

Shibburn burn tracker of meme coins has reported that in the past 24 hours, a record amount of Shiba Inu tokens has been sent to dead wallets, therefore the burn rate of these canine tokens has spiked.

Data from the website of Shibburn shows that over the past 24 hours, the burn rate has soared by a staggering 1,867.60 percent, compared to the similar previous period.

This time, a total of 268,160,328 SHIB has been sent to unspendable wallets and locked there permanently.

This time, the largest chunk of SHIB was burned by Shibburn itself – this platform shifted 257,495,644 meme tokens to an “inferno” wallet.

As reported by U.Today on Friday, the official “Download Day” for the long-awaited game Shiba Eternity has been postponed from October 1 that was announced initially to October 6.

Shytoshi Kusama, the lead developer of SHIB and the game, stated that instead, on October 1, today, he will release all the lore and plans for this SHIB-branded collectible card game for smart phones. Earlier, it was reported that 5 percent of profits from the game will be spent on SHIB burns.

In August, the game was tested in Vietnam, where it became a hit. The first launch took place in Australia, on iOS. After that, Shiba Eternity was released on Android as well.