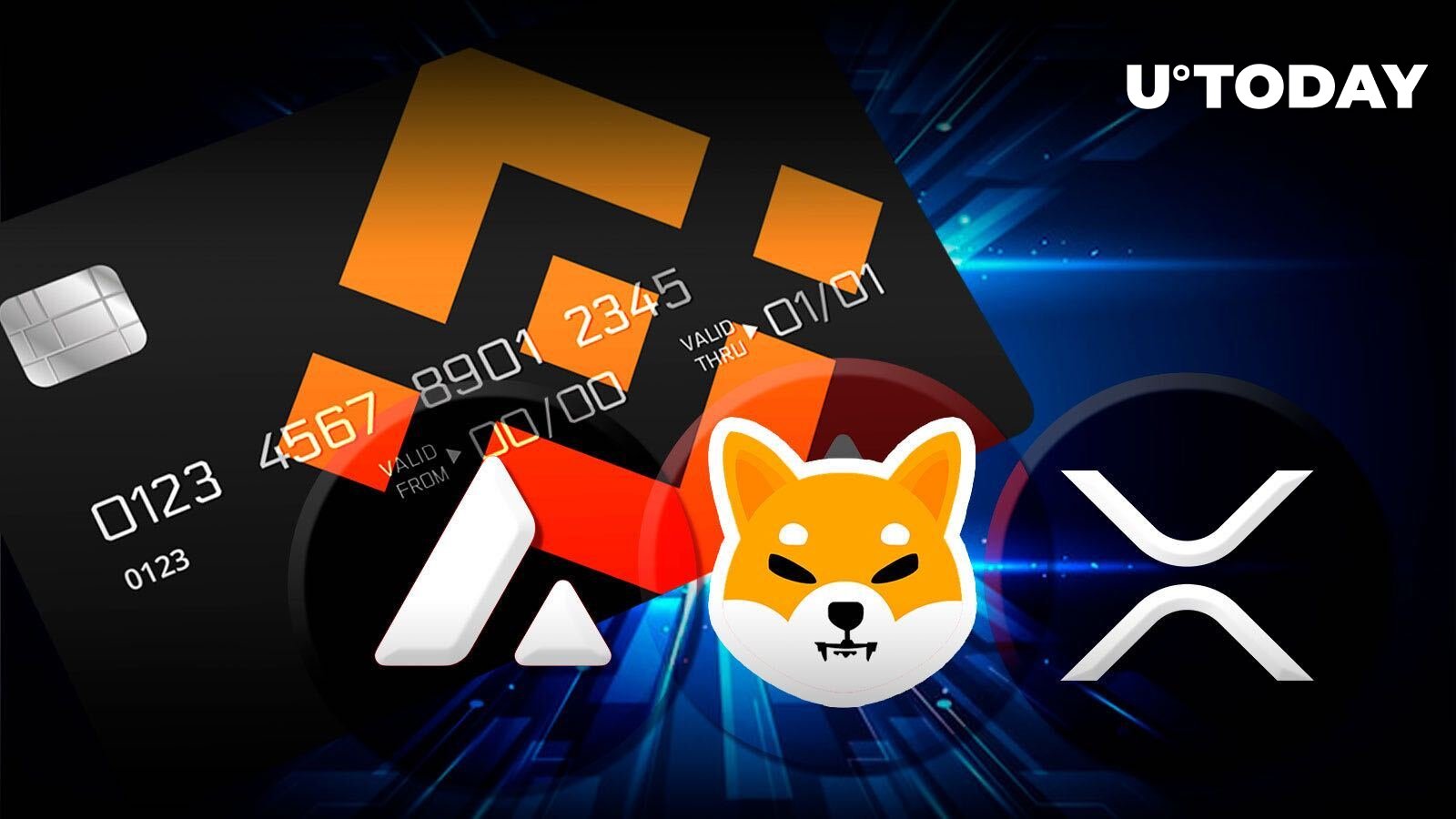 XRP, SHIB and AVAX are expanding as means of payment as Binance adds them to roster

Binance, one of the largest crypto ecosystems in the world, announced the addition of XRP, Shiba Inu (SHIB) and Avalanche (AVAX) as means of payment with the Binance Card. The cryptocurrencies are added to an already diverse roster, which includes BTC, BUSD and ETH, as well as tokens from SANTOS, PORTO and LAZIO soccer clubs actively supported by Binance.

At this point, trying out the new payment methods will only be available to residents of the European Economic Area, as well as those Ukrainian refugees who have been given asylum in those countries. To be able to operate in this region, the card was issued by Binance through the acquisition of a license for its affiliate in Lithuania. In other countries, Binance Card is not yet accepted for payment.

If you are a Shib Army member or a long-term XRP holder, you will need to assign it the top priority in the list in order to pay with your favorite coin. In total, six cryptocurrencies must be prioritized, and the card can be used.

Sports club tokens might be a good thing, especially if you are a loyal fan and want to pay with them. However, choosing XRP and SHIB for these purposes and implementing support for them in Binance Card seems like the more obvious choice. Both tokens, in addition to the fact that they already have many millions of holders, fit well with the idea of cryptocurrency as a direct means of payment. XRP is the main liquidity engine in the extensive network of Ripple and XRPL products. SHIB was first accepted as a means of payment long ago, and the further out we get, the more companies sell services for what was originally thought up as a meme.

AVAX, though a little out of this range, still adds points to Avalanche, which itself uses the token in its work to power transactions.