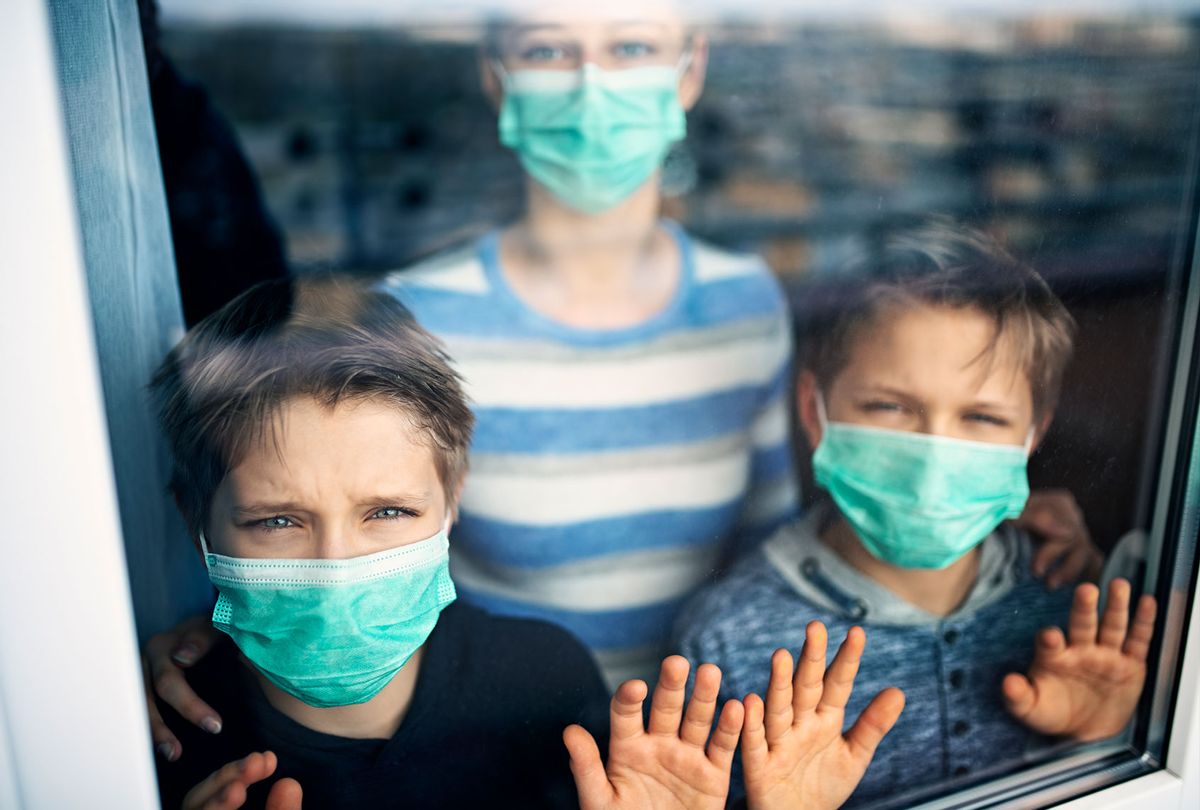 Prior to this week, those who tested positive for COVID-19 were urged by government officials to isolate themselves for 10 days.

That changed on Monday, when the Centers for Disease Control and Prevention (CDC) cut the quarantining recommendation in half, instead urging infected Americans to avoid interpersonal contact for five days.

The reasoning behind these modifications are rooted in economics perhaps more than science. Dr. Anthony Fauci — director of the National Institute of Allergy and Infectious Diseases and one of President Biden’s chief science advisers — recently told CNN’s Jim Acosta that “we want to get people back to the jobs, particularly the essential jobs, to keep society running smoothly.”

Meanwhile, immunologist and rapid tests expert Dr. Michael Mina, reacting to the CDC’s new policies, told The New York Times that studies show wide variations in how long people will remain contagious after developing COVID-19. Some even wonder whether pressure from airline CEOs, who worry that long self-isolation periods hurt their bottom line, could have motivated the CDC.

This school of thought connects the decision to a recent letter by Delta Airlines CEO Ed Bastian to the CDC. According to Reuters, Bastian argued that “with the rapid spread of the Omicron variant, the 10-day isolation for those who are fully vaccinated may significantly impact our workforce and operations.”

The commentariat was livid at the implication that an airlines CEO was pushing to put lives at risk for the sake of profit. Steve DaSilva of Jalopnik observed that “Bastian seems to acknowledge the possibility that this could lead to higher transmission rates, noting that Delta could ‘partner with CDC’ to collect data from its planes. Because, after all, that’s the way you want to collect data on a highly contagious disease: By throwing still-infected people into an enclosed tube with others and just seeing what happens.”

Similarly, Sara Nelson, president of the Association of Professional Flight Attendants–CWA, said in a statement on Monday that “the CDC gave a medical explanation about why the agency has decided to reduce the quarantine requirements from 10 to five days, but the fact that it aligns with the number of days pushed by corporate America is less than reassuring.”

Even without directly mentioning the letter from the Delta CEO, many observers still felt the CDC’s new policies are misguided.

“It’s been glaringly obvious many of the CDC’s recommendations are tied to [political] and economic concerns, leaving the public confused/second guessing advice about masks, protocols, vaccines while the anti-science sect sticks to singular (and horribly incorrect) messaging,” tweeted author Gregory Han. Dr. Eric Feigl-Ding, an epidemiologist at Harvard University, stated in a Twitter thread that the CDC’s decision is a “crazy move” and “sick madness,” concluding that “it will go down in the annals of the pandemic as a terrible horrible no good very bad politically/business-influenced decision that will endanger millions and squander public health trust!”  Comedian Judah Friedlander quipped, “Congrats to the Airline CEOs on being appointed head of @CDCgov,” while Scripps Research Executive Vice President Eric Topol tweeted, “The data that supports the new @CDCgov 5 day isolation period without a negative test” followed by an image showing a blank box.

Dr. Richard Wolff, the professor emeritus of economics at the University of Massachusetts Amherst and author of “The Sickness is the System: When Capitalism Fails to Save Us from Pandemics or Itself,” said he felt people who suspect the CDC is motivated by capitalism have good reason for doing so. (All of the people contacted for this interview were asked broadly about the criticisms of the CDC, and not specifically about the Delta Airlines letter.)

“In both Europe and the US, employers have frequently worked against [COVID-19] policies perceived by them to threaten profits,” Wolff told Salon by email, adding that we saw this in a number of ways both prior to and during the pandemic.

Wolff pointed out that countries like New Zealand and the People’s Republic of China, where the influence of business interests was limited by institutions committed to other social priorities (such as unions, left-wing parties and so on), they were better prepared to cope with the disease. Because this has not been true in the United States, Wolff concluded that it would be “naive” to not be concerned that business interests, and public officials who are receptive to them, would make decisions based on their “need to secure the workers and customers that together generate their profits.”

Dr. William Haseltine, who chairs a global health think tank called Access Health International, criticized the CDC’s decision — but made it clear to Salon that he does not view this as a political issue and “a matter of the left or the right.” Haseltine, who has received international recognition as an expert in fighting the HIV/AIDS epidemic, emphasized the body of medical research about COVID-19 and infectiousness.

“I have pointed out repeatedly that countries that are best at containing the pandemic have a mandatory isolation policy of anybody who is exposed for two weeks — anybody who is exposed, much less infected,” Haseltine told Salon. “If you’re infected, you are isolated for a minimum of two weeks and sometimes three weeks. So we are exceptional, and I think this is a grave mistake because the data that I’ve seen suggests that people who are either exposed or infected may be continually infectious for at least two weeks and possibly three. This is a serious mistake.”

Haseltine added that he does not “pretend to know what is motivating” the CDC’s decision “other than for hospitals to get the hospital workers back to work. I don’t think it has anything to do with whether you’re a capitalist or not capitalist society. It’s getting hospital workers back to work. And I think it’s particularly dangerous thing for them personally, because they may suffer health consequences, and they still may be infectious for their patients and their families. So I think it’s a big mistake.”

Dr. Alfred Sommer, an epidemiologist and the dean emeritus at Johns Hopkins Bloomberg School of Public Health, has been personally involved in communicating life-or-death decisions about infectious diseases to the general public. He explained to Salon that it is understandable why many are concerned about the new policy. As Sommer noted, “the messaging by CDC throughout this pandemic has been far from optimal. It is indeed difficult for the average lay person to keep track of the reasoning, and the reasoning has changed.”

Sommer pointed out in his email that, while the initial goal of policymakers was to isolate infected individuals as a way of containing the pandemic, that goal now needs to be modified “to address a new problem, and that is too few ‘essential’ workers, particularly in health care settings.” He characterized the CDC’s decision as “attempting to ‘thread the needle.'”

For its own part, representatives of the government have presented the decision as simply the next logical public health choice given the current set of circumstances. In a statement, the CDC also defended its decision on medical grounds.

“The change is motivated by science demonstrating that the majority of SARS-CoV-2 transmission occurs early in the course of illness, generally in the 1-2 days prior to onset of symptoms and the 2-3 days after,” the agency explained in the statement. “Therefore, people who test positive should isolate for five days and, if asymptomatic at that time, they may leave isolation if they can continue to mask for five days to minimize the risk of infecting others.”

While some economists have advocated for governments to pay citizens to stay home until the pandemic has passed, those policies are usually opposed by critics who describe them as too expensive and as setting a dangerous precedent in terms of motivating people to work. Many business owners have struggled during periods of prolonged lockdown, and there is widespread public resistance to the idea of further lockdowns to eliminate the COVID-19 pandemic.

Read more on the omicron phase of the pandemic: