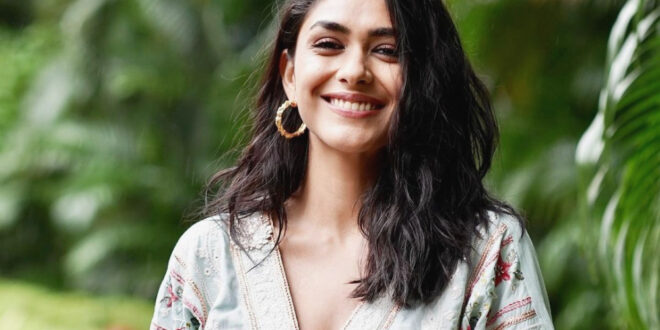 Some celebrities have very few followers initially but if one of their films clicks, then their fan following will be growing bigger in no time.

In the last 10 years, this beauty amassed a good following in Bollywood with almost 4.5+ million followers to her credit by doing TV serials and roles in many films, however, one super hit has changed the craze for her.

Mrunal Thakur is the heroine in the discussion, and despite acting in so many films in Bollywood she never got a good break. Tollywood first heard about this hottie when she was signed to play the role of Sivagami in Netflix’s “Baahubali: Before The Beginning” web series.

However, the episodes shot with her are not impressive for the Netflix bosses and they have scrapped it off. And now, she is enjoying super fame as the leading lady, Sita alias Princess Noorjahan in “Sitaramam” movie.

When the movie was released, the followership of Mrunal on Instagram stood at nearly 4.5 million followers and now within 20 days of the release of the movie it has touched 5.4 million followers, a bit short of a million. With Sitaramam turning out to be impressive, many Telugu film lovers have now become her fans.