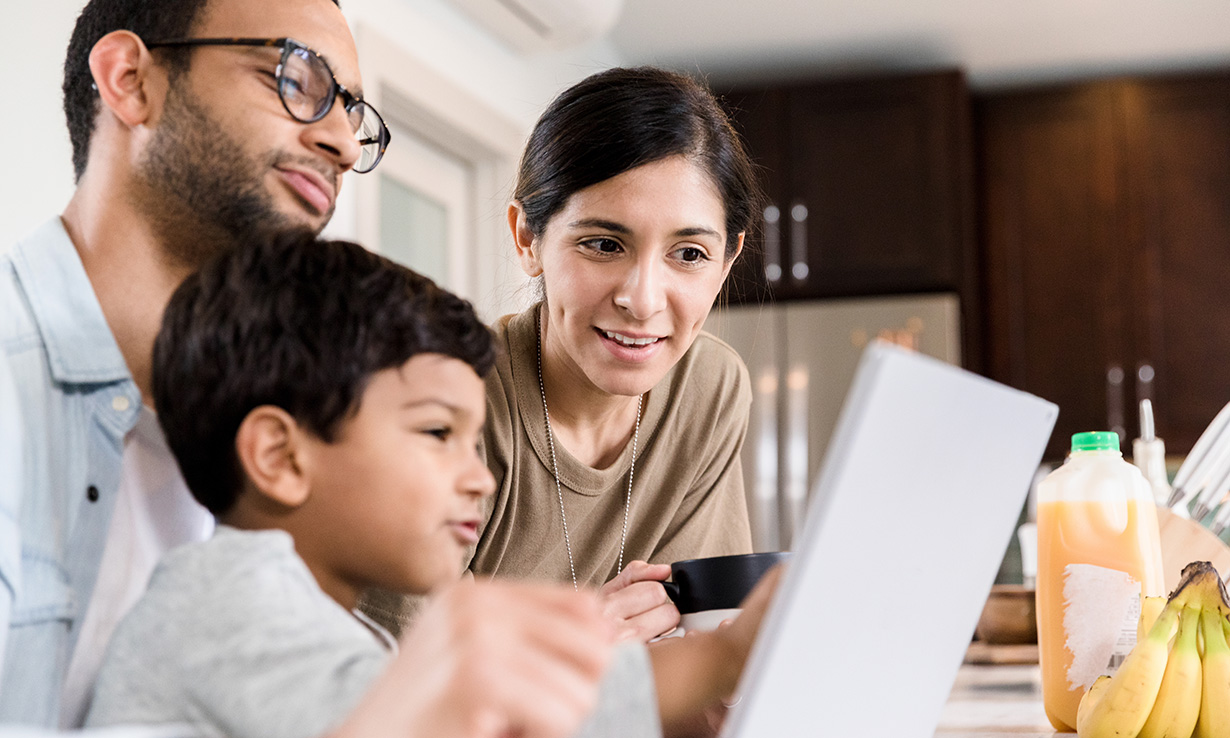 Given broadband has become such an essential, each time you sign a new contract you want to make sure it’s worth your money.

But the best broadband deal isn’t as simple as finding the cheapest tariff. There are other costs to consider – plus some providers will sweeten their deals with additional incentives. And while every provider will give you an idea of the speeds you can expect, others go further.

We’ve rounded up six things you should take into account whenever you’re looking for a new broadband deal.

When you browse broadband deals on any provider’s website, the thing that they’ll have front and centre is the amount the deal will cost you each month. But don’t forget to factor any upfront costs into your consideration, too. Our analysis of broadband deals available from the major providers in September found that around a quarter have no upfront costs at all. But others range from as little as £5 to as much as £80.

Fortunately, upfront costs aren’t generally hidden – but they can make it a little trickier to compare the prices of deals on offer at first glance.

That’s where a comparison site can come in handy – Which? Switch broadband allows you to compare deals on the basis of average month cost which factors in all upfront costs – plus any cashback or vouchers on offer for new customers.

Tech tips you can trust – get our free Tech newsletter for advice, news, deals and stuff the manuals don’t tell you.

Many of the UK’s major broadband providers have begun including annual price rises in contracts – and they’re all above inflation. BT, EE Broadband, John Lewis Broadband, Plusnet and Vodafone all raise their prices by 3.9% plus CPI each year.

TalkTalk is also set to join the club – it will begin applying annual price rises of 3.7%+ CPI from April 2022.

If you’re planning to switch to any of these providers, keep in mind your price will creep up each year.

Other providers may also apply ad hoc price rises, but if these are greater than inflation, Ofcom rules mean they must offer their customers the right to switch away without penalty, even if they’re in their minimum contract period.

Meanwhile providers like Hyperoptic and SSE both promise not to raise prices during your minimum contract period, while Zen Internet offers a lifetime price guaranteed if you take out a 12, 18 or 24 month contract.

Read our round up of the best and worst broadband providers for 2021 to see which came out on top.

Many of the major providers tempt new customers with introductory offers, but these only last so long. These providers will then roll you over onto a pricier standard tariff as soon as your contract ends

Our analysis has shown that the price of these deals can jump by as much as 77% as soon as your minimum contract period ends. That means if you stick on the same deal for long periods, you can end up paying far more than is necessary.

But standard tariff fees aren’t an issue if you’re one of the customers who keeps on top of your broadband deal. At the end of your minimum contract period, you can choose between switching to a new provider and get a shiny new introductory offer – or haggling with your provider and committing to a new contract.

If you’re happy with your provider but don’t want to pay a standard tariff, negotiation is the best plan. It can sound daunting, but providers both expect and invite haggling.

Read our tips on how to haggle with your broadband provider to give it a go.

Broadband providers advertise the average speeds of their deals, but when you sign up you should be given an estimated speed for the broadband that you’ll actually receive at your home.

However, BT, EE Broadband, Plusnet, TalkTalk, Utility Warehouse, Virgin Media and Zen Internet do more than this – they also provide a personalised minimum speed that is guaranteed. If your speed drops below the guaranteed level and the problem lies with their network, they must rectify it within 30 days or offer you the right to exit your contract without penalty.

We’ve broken down switching into four simple steps. Get started using our guide on how to switch broadband provider.

Whether you’ll be compensated if things go wrong

Ofcom introduced an automatic compensation scheme in 2019. It’s designed to ensure that broadband and landline customers get money back from their provider if things go wrong, without having to ask for it.

However, the scheme is voluntary and not all of the big providers have signed up. BT, EE Broadband, Hyperoptic, Now Broadband, Sky, TalkTalk, Utility Warehouse, Virgin Media and Zen Internet have all committed to the scheme.

Providers that have committed to the scheme will usually provide compensation for delayed repairs following a loss of service, missed repairs or provision appointments, and delays to the start of a new service.

Weigh up the pros and cons of the UK’s major ISPs using our broadband provider reviews.

It’s become increasingly popular for broadband providers to offer a little sweetener to new customers – often it’s a voucher, reward card or cashback though occasionally hardware such as wireless speakers,  tablets or televisions are on offer, too.

But keep in mind that you often won’t simply receive these incentives when you sign up to your new provider – there is usually a process for applying for them, and this can have a time limit. You’ll usually be able to claim your incentive once your new broadband connection is set up – and while you might be sent an email explaining the process, you might also be left to find an online form on your own.

If you’re offered any incentive with a new deal, take note of what’s necessary to claim it when you sign up and set a reminder so you don’t forget before you run out of time.