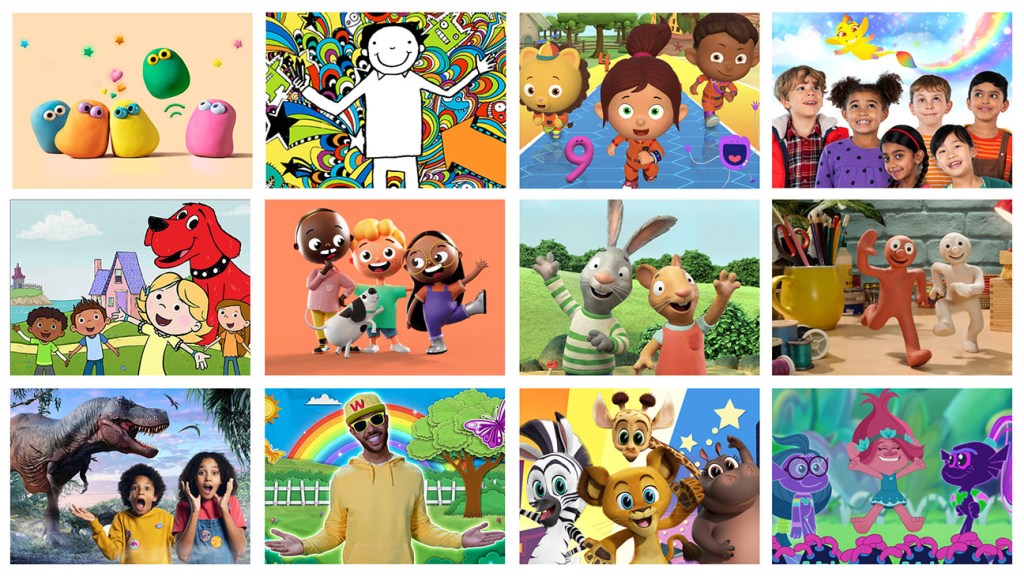 Sky, owned by Comcast, will launch an advertising-free linear kids TV channel in the U.K. and Ireland in February.

It will be available to Sky subscribers with the Sky Kids package, which costs 6 pounds a month, and subscribers of Sky’s streaming service Now that have the 9.99 pound a month entertainment membership.

“From February 2023, Sky Kids will say hello to a shiny new linear channel dedicated to entertaining and inspiring children (ages 1-7) and supporting families through their daily adventures,” the company said Tuesday in unveiling the launch. “Home to ad-free 24-hour programming, the new channel will showcase quality Sky originals and big names that kids love and parents can trust.”

“Seamlessly integrated into the Sky Kids package, which already offers 10,000 episodes of kids’ content on demand and a variety of partner channels, such as Nick Jr., Cartoon Network and Nickelodeon, the new linear channel will give viewers access to a raft of new Sky original programming and franchise favorites,” Sky said.

The channel promises to “help parents juggle their daily routines, with programming built to complement different blocks of their busy day.” Content will span the themes of “learning and doing,” arts and crafts, music, as well as dance and fitness, among others.

“Millions of our customers already love watching our huge range of original shows on-demand, but families with younger kids have told us that watching on linear channels is an important part of their day; so, we’ve listened and expanded our Sky Kids offering at no extra cost,” said Lucy Murphy, director of kids content at Sky. “The new channel will have a whole breadth of brand-new and much-loved shows for kids and families to enjoy, and we can’t wait to reveal the full fantastic lineup of shows.”

New Sky originals set to air on the channel include TV host and author Fearne Cotton executive producing My Friend Misty (for ages 5-7), “which sees animated character Misty set out to build kids’ emotional resilience,” according to the company. “Misty surprises a group of children in the show with magical visits, helping them to deal with their feelings, both good and bad, by providing a series of tips and practical exercises to support them in difficult situations.”

Said Cotton: “This show will introduce us to a host of characters and situations where differing emotions crop up. Misty is always on hand to help the children in the show through their emotion, whilst causing a little mischief along the way. It’s a fun, colorful and explorative show for both kids and parents.”

Also launching next year is new Sky original Ready, Eddie, Go! (ages 3+), “based on the loveable character Eddie who is autistic,” the firm said. “We see him taken step by step through new experiences and situations, such as a trip to the barber’s, so when he encounters this in real life, he’s ready to go.” The animated series is based on the Eddie’s Stories books written by Nikki Saunders, whose eldest son is autistic.

Also coming to the new Sky Kids channel will be Dino Club (ages 4+), “giving viewers the chance to discover the strangest and most surprising truths about dinosaurs as they journey through a fantastically fun virtual land of these pre-historic giants,” according to the company. “Our young intrepid hosts, Ayo and Harriet, time travel into the past to reveal facts along the way and have an amazing adventure.”

Existing Sky Kids originals set for the linear channel include MC Grammar: Wonder Raps, Draw With Will, The Brilliant World of Tom Gates, Morph and The Very Small Creatures.