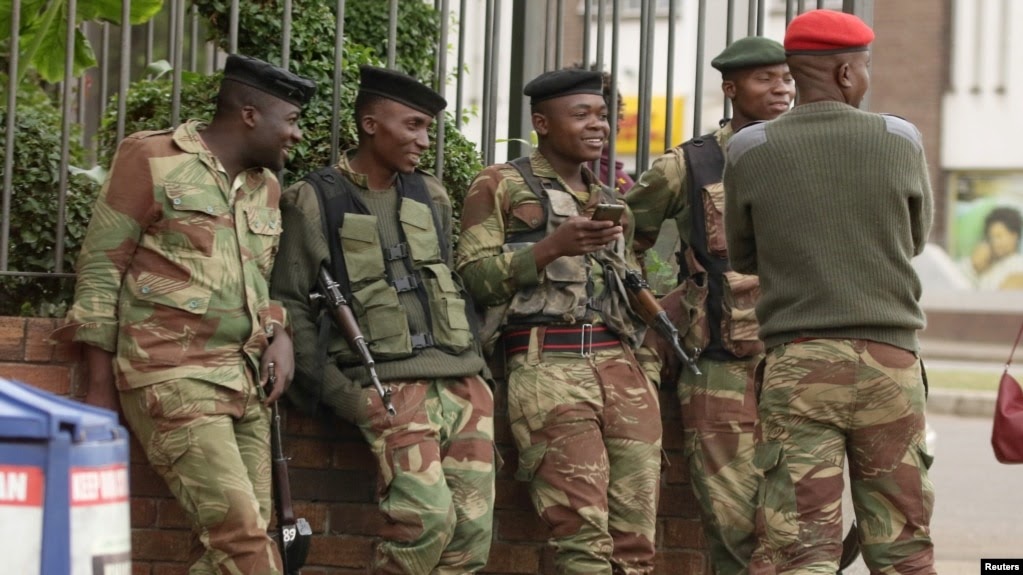 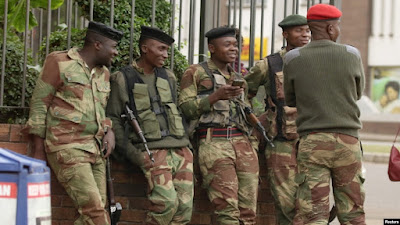 MORALE has reportedly hit rock-bottom in the army as the
country’s soldiers wallow in poverty and are having to make do with inadequate
rations and uniforms, NewsDay can report.

This was revealed by Defence and War Veterans Affairs
minister Oppah Muchinguri-Kashiri while making a presentation at the 2023
Parliament pre-budget seminar in Harare yesterday.

Muchinguri-Kashiri blamed the problems being faced by the
army on poor budgetary allocations over the years, saying the allocations were
failing to sustain soldiers’ welfare at the barracks.

This is despite the country’s successive national budgets
since independence in 1980 having prioritised the Defence ministry. It is one
of the top three ministries which always receives the biggest chunk of the
national cake.

The army also runs its own private companies that generate
revenue.

Muchinguri told legislators that under-funding from the
fiscus had negatively affected the ability of the army to carry out its
mandate.

On rations, Muchinguri said soldiers were supposed to be
getting 53 items, which had, however, been reduced to only five.

“Let’s invest in our defence forces. My ministry is facing
a lot of challenges, and we have inadequate accommodation to keep our forces in
the barracks. If we are adequately provided for, I can assure the nation that
we will keep ourselves in the barracks,” Muchinguri said.

“What we see in the current situation is that our forces
are renting accommodation in the townships, and they are often given names
because of inadequate and indecent accommodation —let alone transport, which
they also hire. They are insulted on a daily basis. They sometimes go without
food and even uniforms, and these are constitutional requirements.

“Their food items have been reduced. Sometimes they have
only sadza and beans. This is a serious situation we are faced with. My fear is
that these are young people who sacrifice to create this conducive environment
for us to enjoy peace. We appeal for funding from you,” she said.

“The police force situation is very desperate,” he warned.

“You should actually be thanking the police that we still
have sanity and tranquillity in our country because of the situation these men
and women are going through.”

Zanu PF’s Buhera South legislator Joseph Chinotimba warned
the ministers to remember that their security was being provided by disgruntled
officers, adding that the situation was a national security threat.

Parliament’s Defence Committee chairperson Levi Mayihlome
(Zanu PF) added: “The military salary concept should be approved. War veterans
are languishing in poverty too. Government should ensure that law enforcement
agents — soldiers and police — are paid and are accommodated well. Most police
vehicles are grounded due to lack of spare parts. There is gross disgruntlement
over the police transport allowances.”

He claimed that ministers had two government issued luxury
vehicles, adding that they were also given US$500 000 housing loans each.

Last year, the Parliamentary Portfolio Committee on Defence
and Home Affairs also produced a damning report which warned that the police
force was underfunded.

“There is dilapidated institutional and residential
accommodation, poor ablution facilities resulting in officers opting for the
bush system, obsolete office furniture, inadequate tools of trade, use of
ineffective policing equipment which is inconsistent with contemporary policing
technology, and inadequate transport and fuel supplies,” read the 2021 report
of the Defence and Home Affairs committee read.

In 2020 during the pre-budget consultations, the Defence
and Home Affairs committee produced another gloomy report, which stated that
the country’s soldiers were marching on empty stomachs.

Zimbabwe is facing its worst economic downturn in a decade,
with its year-on-year food inflation recently adjudged to be the highest in the
world at 353%, followed by Lebanon at 240%. Newsday