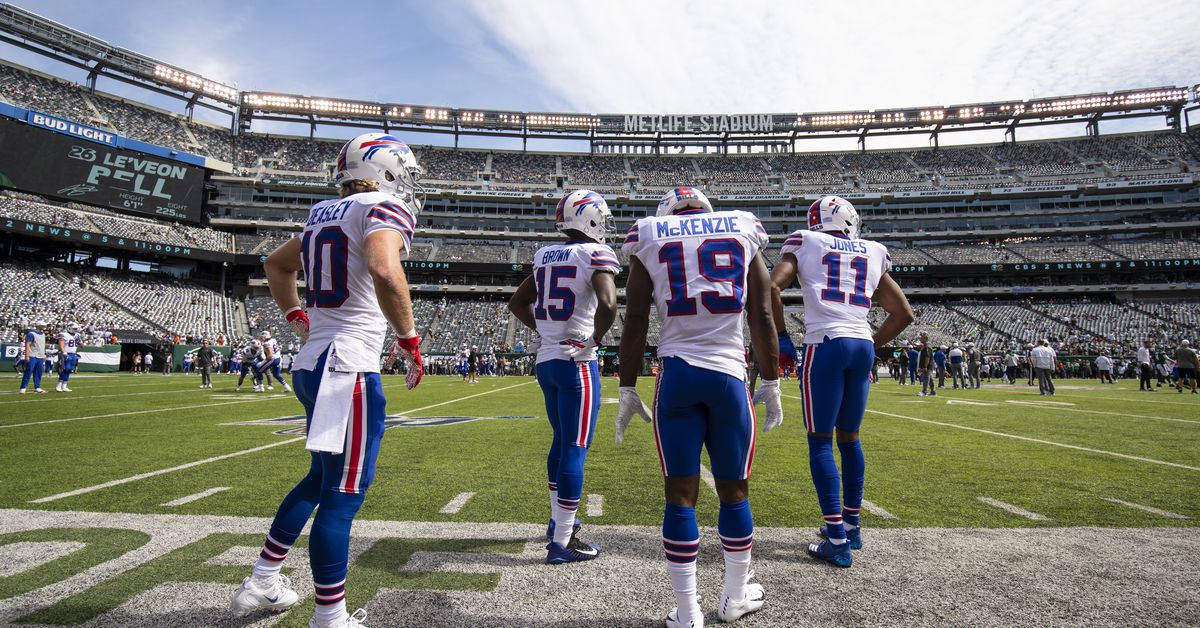 The 2020 Buffalo Bills were one of the great stories of the NFL. After years of struggling in the AFC East against the Patriots’ monolith, finally the Bills turned the corner en route to their best season in 30 years. A blistering defense, the emergence of Josh Allen as one of the league’s best quarterbacks, and finally a coaching staff able to put all the pieces together, Buffalo were poised to not only take control of the division, but perhaps challenge the Kansas City Chiefs atop the AFC.

Now, some Bills players seem to be gleefully willing to throw it all away.

On Thursday morning Bills receiver Isaiah McKenzie posted a letter he got from the NFL, fining him for a second infraction in as many months as the unvaccinated player decided not to wear his mask around team facilities, in direct violation of league rules.

McKenzie’s childish glee at getting fined, like an edgy teen proud of being suspended from school, comes two days after there was a Covid outbreak on the Bills. A trainer, who was vaccinated, tested positive for the coronavirus, leading to Vernon Butler, Gabriel Davis, Star Lotulelei, and Cole Beasley being sent home from training camp under the league’s Covid protocols.

The Bills are believed to be one of the NFL’s least-vaccinated teams. General manager Brandon Beane said the team passed an 80 percent vaccination threshold, but said Tuesday that he wasn’t sure what the vaccination rate is right now. A curious answer from the general manager of a team that needs only basic math to understand how many players on the roster are vaccinated. The silence from Beane, along with head coach Sean McDermott has been deafening at a time their players are either acting like Covid protocols are a game in McKenzie’s case, or rallying against vaccination like Beasley, who has used a semantic argument that he isn’t “pro of anti vax, but pro choice.”

“These are the rules that are currently agreed upon by the NFLPA and league office so we deal with it and now all understand them,” Beane said. “I’m glad it’s the preseason and hopefully we won’t have a lot of this in the regular season.”

Blind hope is basically all the Bills have going for them at this point. Team leadership was unwilling to put pressure on players before training camp, and nothing has changed — even now as the Pfizer vaccine has been fully approved and rendered safe by the FDA. There are still Buffalo players willing to put the team’s season at risk by either choosing not to get vaccinated, or ignore NFL mask mandates.

There are three incontrovertible facts at play:

Finally, the big one as it pertains to the NFL: A team that has a Covid outbreak among unvaccinated players will be forced to forfeit a game during the regular season. That’s really the crux of all this. If we assume the Bills’ 80 percent number is right, that means that 1-in-5 players on the team are being so selfish as to potentially ruin everything the team built, everything fans waited years for. Why? So they can stand on a pedestal and rally against a safe vaccine that protects themselves, others, and lessens the impact on society’s most-vulnerable, like children who cannot yet receive the vaccine, or those with immune disorders that prevent them from receiving the shot.

Furthermore, at a time where leadership is more important than ever, McDermott is choosing to go quiet — and Beane is banking on “hope” that there isn’t a major outbreak during the regular season. Bold plan. We’ll see if that one pays off.

So, here we are. One of the best stories of the NFL a year ago could be completely destroyed by a handful of players who continue to treat the severity of the largest global pandemic in history like it’s a joke. Cole Beasley continues to spread his misinformation, Isaiah McKenzie acting like a kid with his hand in the cookie jar when he’s caught not wearing a mask. If there ends up being a major outbreak that costs Buffalo one, two, maybe even more game, well, I hope this was all worth it.