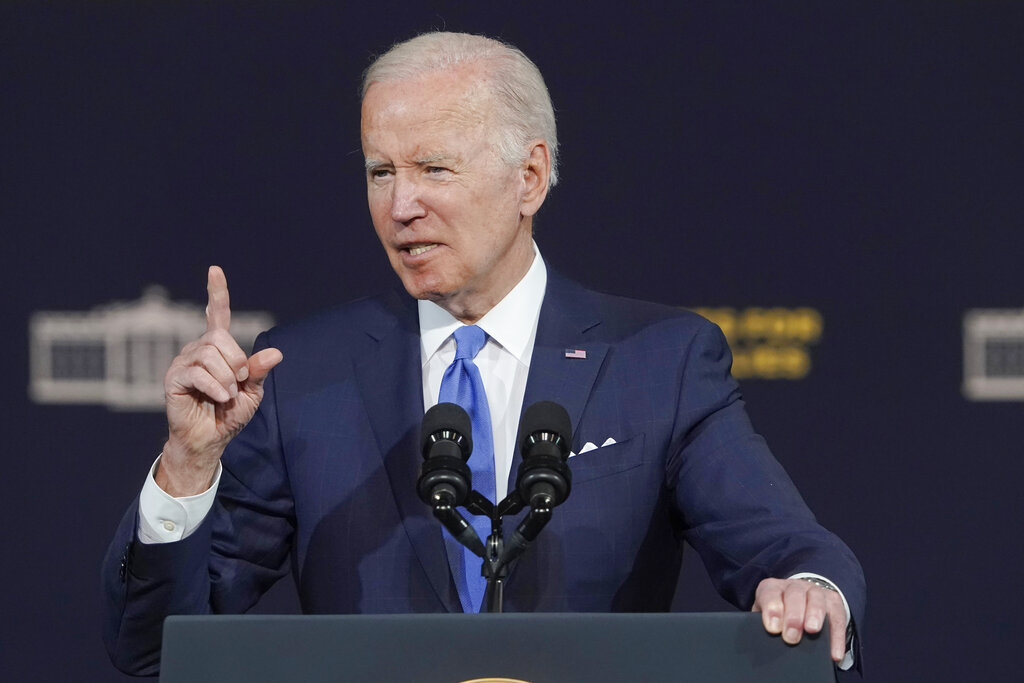 President Joe Biden invited me for lunch at the White House last Monday. But it was all off the record — so I can’t tell you anything he said.

I can, though, tell you how I felt after. For all you knuckleheads on Fox who say that Biden can’t put two sentences together, here’s a news flash: He just put NATO together, Europe together and the whole Western alliance together — stretching from Canada up to Finland and all the way to Japan — to help Ukraine protect its fledgling democracy from Vladimir Putin’s fascist assault.

In doing so, he has enabled Ukraine to inflict significant losses on Russia’s invading army, thanks to a rapid deployment of U.S. and NATO trainers and massive transfers of precision weapons. And not a single U.S. soldier was lost.

It has been the best performance of alliance management and consolidation since another president whom I covered and admired — who also was said to be incapable of putting two sentences together: George H.W. Bush. Bush helped manage the collapse of the Soviet Union and the reunification of Germany, without firing a shot or the loss of a single American life.

Alas, though, I left our lunch with a full stomach but a heavy heart.

Biden didn’t say it in so many words, but he didn’t have to. I could hear it between the lines: He’s worried that while he has reunited the West, he may not be able to reunite America.

I fear that we’re going to break something very valuable very soon. And once we break it, it will be gone — and we may never be able to get it back.

I am talking about our ability to transfer power peacefully and legitimately, an ability we have demonstrated since our founding.

We are staring into that abyss right now. Because it is one thing to elect Donald Trump and pro-Trump candidates who want to restrict immigration, ban abortions, slash corporate taxes, pump more oil, curb sex education in schools and liberate citizens from mask mandates in a pandemic. Those are policies where there can be legitimate disagreement, which is the stuff of politics.

But the recent primaries and the investigations around the Jan. 6 insurrection at the Capitol are revealing a movement by Trump that is propelled by a gigantic lie — that Biden did not freely and fairly win a majority of Electoral College votes and therefore is an illegitimate president.

Thus, their top priority is installing candidates whose primary allegiance is to Trump and his Big Lie — not to the Constitution. And they are more than hinting that in any 2024 election  they would be willing to depart from established constitutional rules and norms and award that election to Trump or other Republican candidates who didn’t actually garner the most votes. They are not whispering this platform. They are running for office on it.

Don’t tell me that it can’t happen here.

Not when people like Pennsylvania state Sen. Doug Mastriano — an election denier who marched with the Jan. 6 crowd at the Capitol — just won the GOP primary to run for governor. Have no doubt: These people will never do what Al Gore did in 2000 — submit to a decision of the courts in an extremely close election and recognize his opponent as the legitimate president.

To defeat Trumpism we need only, say, 10% of Republicans to abandon their party and join with a center-left Biden, which is what he was elected to be and still is at heart. But we may not be able to get even 1% of Republicans to shift if far-left Democrats are seen as defining the party’s future.

And that is why I left my lunch with the president with a full stomach but a heavy heart.