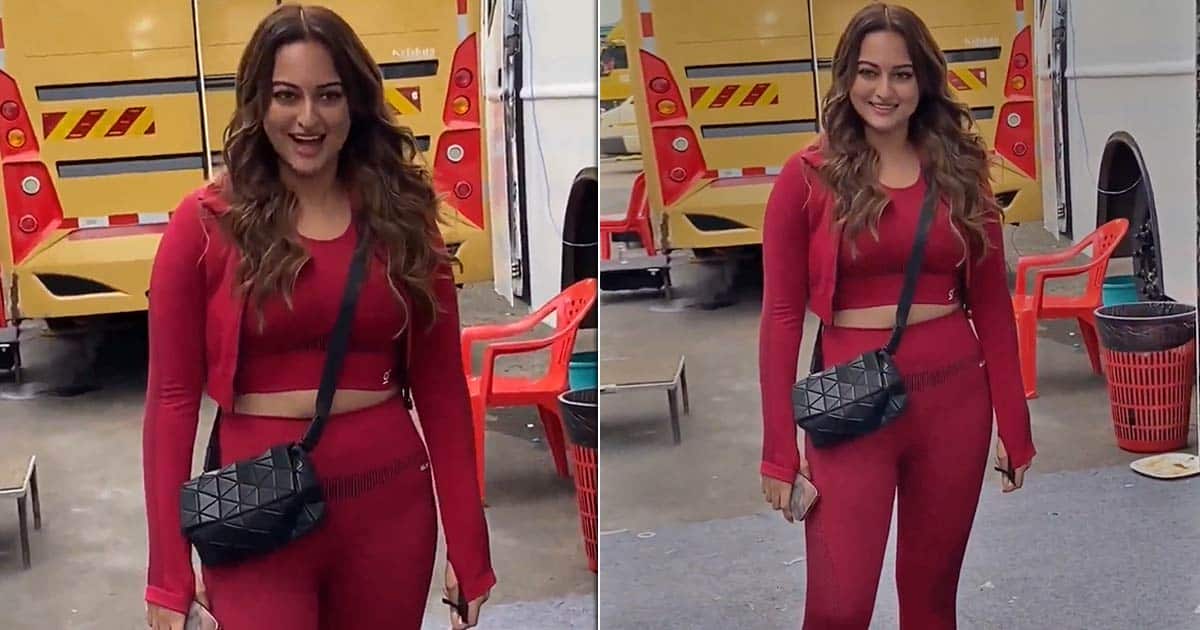 More than her professional life, Sonakshi Sinha is currently making headlines owing to her personal life. The actress is in the news for apparently dating Salman Khan’s discovery Zaheer Iqbal. Zaheer made his Bollywood debut with Notebook which also launched Monish Bahl’s daughter Pranutan. Well, not only the rumours of their alleged love affair begin to make headlines, news around their wedding too surfaced on the web. However, this time, Sonakshi Sinha is in the news for altogether different reasons.

Recently, the Dabangg actress was snapped as she stepped out. The actress looked pretty as she posed for the paps.

For her latest outing, Sonakshi Sinha sported burgundy gym co-ords paired with matching short jacket. The actress let her hair with soft curls down. She rounded off her look with no make-up look, white shoes and black sling bag. Soon after the video surfaced on the web, netizens had nothing else to say but to fat shame the actress. While a user called her, “Moti ho gai h” while another said, “Motakshi Sinha.” Check it out below:

Earlier, Sonakshi Sinha had reacted to her wedding rumours by mouthing a Shah Rukh Khan’s dialogue. While Zaheer Iqbal had said about his dating rumours to India Today, “Now it has been so long, I don’t even care. I am like okay if you think, then you think. Keep thinking. It’s good for you. If it makes you happy that I am with her [Sonakshi], then it is good for you. Then if it makes you upset, I am sorry. Stop thinking about that. But it is a part and parcel of this industry. I knew it way before I joined the industry. I knew that actors go through this because I have a few friends who are a part of this industry. [Salman] bhai has always told us that aisa bohot log likhenge [people will write], don’t pay too much attention to it. So, I really don’t pay attention to that.”

On the work front, Sonakshi Sinha was last seen in Bhuj: The Pride Of India opposite Ajay Devgn.

Must Read: Father’s Day 2022: From Shahid Kapoor, Hrithik Roshan To Saif Ali Khan – Here Are Some Of The Hottest ‘Papa Bears’ In Bollywood!