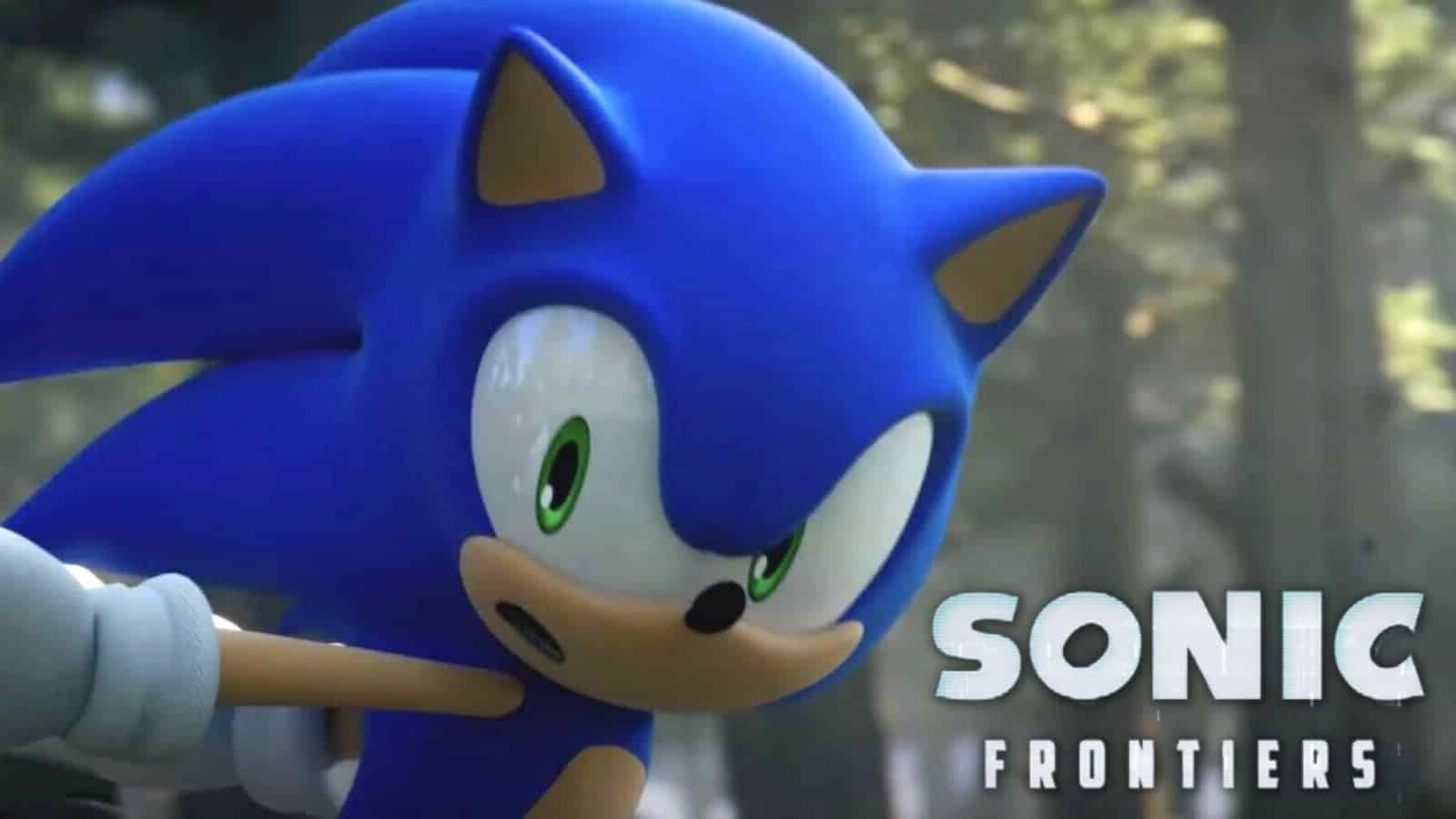 The upcoming Sonic Frontiers title has just received a new story trailer as well as a confirmed release date at Gamescom 2022. The trailer features Sonic running all across the world, showcasing all the open world mechanics players can expect.

The newest Sonic game, Sonic Frontiers, is inching ever closer to its release.

The latest teaser fans are feasting over dropped during the opening night of Gamescon. The trailer gives fans a taste of what Sonic’s newest adventure will entail as well as confirming that players will be able to get their hands on the game quite soon, with a November 8 launch day also being confirmed.

The trailer features Sonic in a variety of different environments, from a lush green landscape to a desert and more. The trailer also introduced a robotic, child-like character who appears to be trying to stop Sonic from completing his quest.

The character appears to wield a red colored power that is teased to be something that can inhibit or dampen Sonic’s own abilities.

Prior to this official announcement by Sega, the Sonic Frontiers story trailer was accidentally leaked by the company’s official YouTube account just days before Gamescon. It was uploaded for a small amount of time but was then quickly made private again.

Fans are cautiously optimistic about the upcoming Sonic title. The game appears to be a much more open world, something similar to the likes of Breath of the Wild. And while the initial reveal trailer was criticized for the way the world seemed quite barren, the newest trailer showed off many new foes, activities, and tasks for Sonic to encounter throughout his travels.

Surprisingly, the Sonic franchise is making a comeback in a big way. Earlier in 2022, the Sonic the Hedgehog 2 film released and was a success commercially as well as being received positively by fans and critics. It was also recently confirmed Sonic The Hedgehog 3 is in the works.

And while fans are hopeful that Sonic Frontiers will be a return to form for the popular gaming franchise, time will tell if it is able to set a new standard for the video game titles.