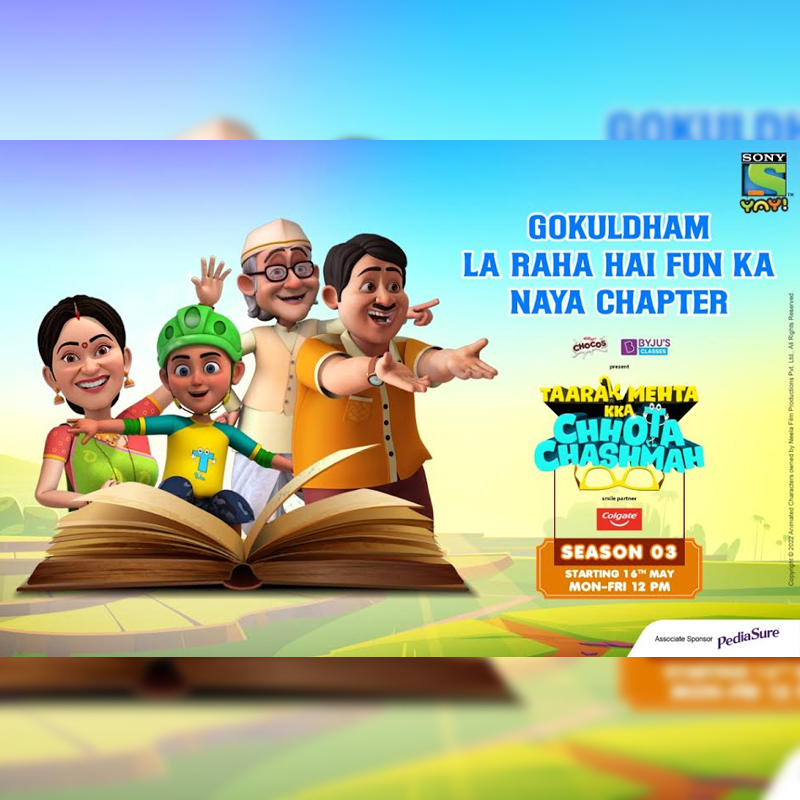 The channel will also launch the first television movie of the Gokuldham society called – “Tapu and the Big Fat Alien Wedding”. The movie will teleport kids to Tapu’s animated universe where they will witness aliens coming down to earth for a rib-tickling wedding celebration.

To bring the toons closer to the young audiences Sony YAY! celebrated a watch party in association with KidZania, Mumbai. Here kids got a preview of exclusive content, the chance to engage in fun activities and win prizes, while they shook a leg with their favourite toons.

Sony Pictures Networks India business head kids’ genre Leena Lele Dutta said, “Taarak Mehta Kka Chhota Chashmah has seen a successful journey on Sony YAY! To see it become widely popular among children has been absolutely special. Following the massive success and huge fan-following of the first two seasons, we wanted kids to enjoy the show’s enigmatic characters in a larger format with the release of the first telemovie.”

Neela Film Productions founder, managing director Asit Kumarr Modi said, “Over the past 14 years, TMKOC has become one of the most loved shows. Our characters have become part of the audience’s family and daily lives. Turning these characters into animation and receiving the same love has been overwhelming to say the very least. With the third season on the anvil, our commitment to providing seamless entertainment and exploring more options to portray our characters to our viewers has only grown deeper.”