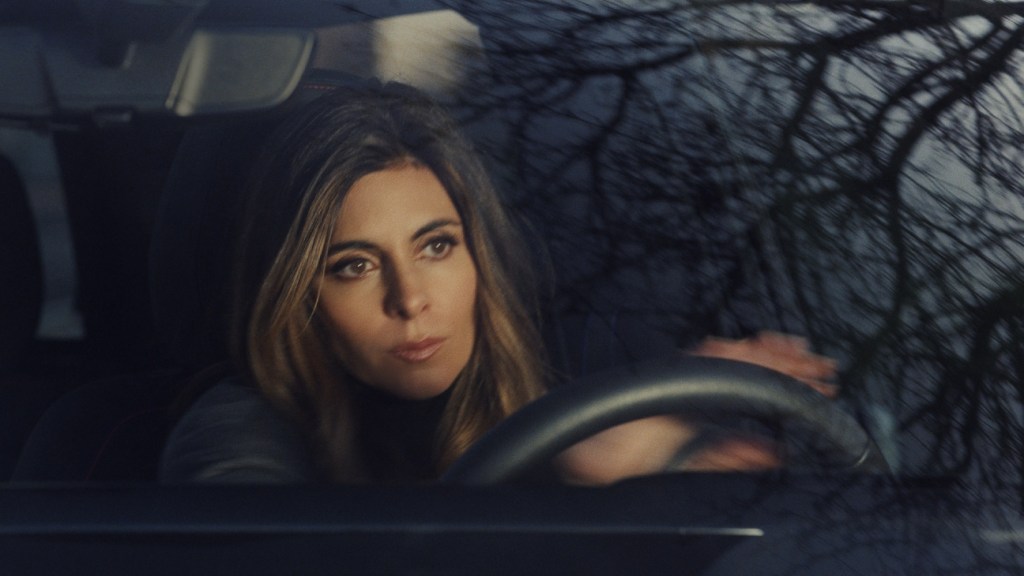 Jamie-Lynn Sigler is back as Meadow Soprano for a Chevrolet Super Bowl commercial — and fans of the iconic HBO mob series are likely going to get goosebumps.

Created for the first-ever Chevy Silverado EV, the actress and her Sopranos bother, actor Robert Iler, appear in the “New Generation” spot that recreates shot-for-shot the opening of the series. Naturally, “Woke Up This Morning” by Alabama 3 is the needle-drop.

Sopranos creator David Chase and HBO series cinematographer Phil Abraham worked on the Chevrolet spot created by advertising agency Commonwealth // McCann. The Hollywood Reporter caught up with Sigler to discuss returning to the character, the show’s legacy and the excitement of creating a Super Bowl commercial, among much more.

As a mega-fan, the moment gave me goosebumps. How was it for you to reprise Meadow for this commercial?

Sopranos has been this unique experience where every time we think it’s going to be the last time we’re doing something, there is always something else that comes. When I got the call about this commercial, the whole concept made such perfect sense: it’s Chevrolet coming out with this all-new Silverado EV. It’s about a new generation, which Meadow and A.J. represent. I thought it was a brilliant idea. And then when they told me David Chase was onboard and Phil Abraham was going to be [the cinematographer], it was so special. It was a dream to do. I had chills the entire time.

It’s fun to imagine the what-ifs had the show continued. How much thought have you given to Meadow’s future, whether she ever got drawn into the Family business?

I played that character for 10 years, and I always wondered what it would be like, where she is in her life. I was able to drop right back in. Despite all of her rebellion and all of her frustration, she was her father’s daughter. And if anyone was capable of running things at some point, it was definitely Meadow.

Doing a commercial is a great gig, but a Super Bowl spot is huge. Has it sunk in yet?

It’s a huge honor. I can’t wait for people to see it because I haven’t even told anyone outside my family. I am so excited to hear the reaction. You hear that music, and you can only imagine people’s heads turning to the screen and then to Chevrolet.

Do you have a favorite episode?

I watched the whole series for the first time in 2020. I am glad I waited, for a number of reasons, including enough time had passed that I would not dissect my performance.  It’s always “College.” That was my first big one. And I got to spend so much time with [the late star James Gandolfini]. I learned so much, not just as an actor, but as a team player on the set. He taught me how to find my voice on a set and that my voice mattered. I was so green and so young, but I pat myself on the back, like, “Look at you. You’re holding your own.”

I know the most-asked question to David Chase, but what are you asked the most?

Has she learned how to parallel park yet? (Laughs.) Everyone asks about the ending, if there is a secret. And, no, there is no secret. I thought it was perfect.

I don’t think that David could get the full sentence out before I would jump in and say, “Yes!” (Laughs.) So, of course.

Interview edited for length and clarity.

Watch the ad and behind-the-scenes feature below.