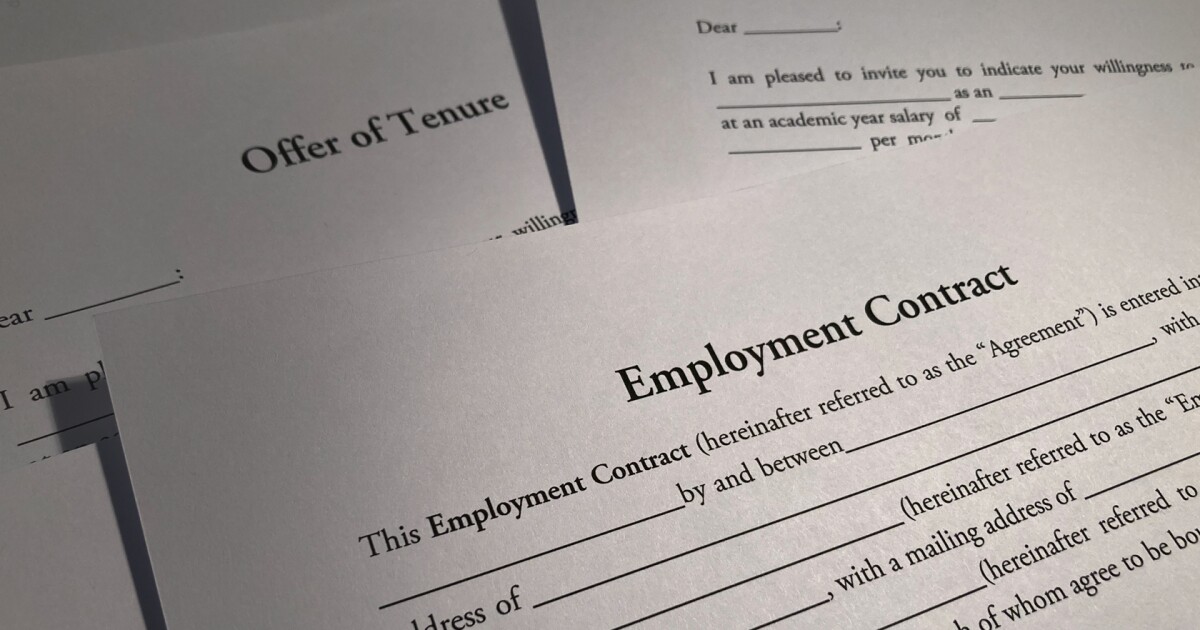 A bill prefiled in the South Carolina legislature could spell trouble for the tenure system at the state’s public colleges.

House Bill 4522 — the “Cancelling Professor Tenure Act” — seeks to prohibit public colleges and universities from awarding tenure to employees hired in 2023 or later. Instead, faculty members would be offered contracts no longer than five years.

The bill, introduced November 10 by Rep. Bill Taylor and co-sponsored by 22 other Republicans, would also:

“The intention of the legislation is to alter professor tenure, replacing the lifelong guarantee [of] permanent employment with a contractual agreement that is comparable to what other sectors of American life have,” Taylor said in an interview with The Chronicle.

Provosts at South Carolina’s two largest research universities, Clemson University and the University of South Carolina at Columbia, could not be reached for comment via phone or email Monday.

South Carolina’s is the latest attempt by a state legislature to weaken the protections of tenure. The bill comes about a month after the University System of Georgia Board of Regents approved changes in its post-tenure review policy that would allow colleges to revoke the tenure of, or even terminate, faculty members who receive unfavorable reviews two years in a row. Critics, including numerous Georgia faculty members and the American Association of University Professors, said the change will threaten academic freedom at USG’s 25 tenure-granting institutions.

South Carolina’s “Cancelling Professor Tenure Act” is part of “an effort to muzzle professors,” as tenure protects academic freedom, said Shawn Smolen-Morton, an associate professor of English at Francis Marion University and president of the South Carolina Conference of the AAUP.

“If these kinds of bills pass, then … political pressure can be brought onto a professor at a public university for teaching evolution, or for teaching something in chemistry,” Smolen-Morton said. “It will affect every discipline.”

He said the South Carolina Conference of the AAUP plans to reach out to university administrators to express its concerns.

“This isn’t some homegrown South Carolina concern,” Smolen-Morton said. “This looks like a national effort to infiltrate states and how states make their decisions about their education.”

Taylor, the primary sponsor of the bill, expressed skepticism of the idea that canceling tenure would chill academic freedom, calling on critics to offer examples of nontenured professors who have faced speech restrictions.

“Prove it to me,” Taylor said. “Show me how that is going to work. Because those are just simply the talking points.”

The bill will be heard by the South Carolina House subcommittee on higher education when the legislature returns to regular session in mid-January.