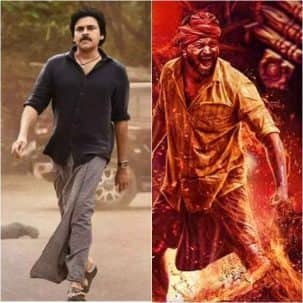 The south entertainment industry has been surprising fans with their latest updates. From Pawan Kalyan practising martial arts after two decades for Hari Hara Veeru Mallu to Kantara star Rishab Shetty opening up about the reason why he got into direction, here are the top trending south news today.

Telugu superstar and politician Pawan Kalyan, who is gearing up for his Hari Hara Veera Mallu, shared that he has started practicing martial arts after two decades. He took to Twitter to share a picture of himself practicing martial arts and seen holding a dagger. Hari Hara Veeru Mallu is set in the 17th century against the backdrop of the Mughal Empire. The movie also stars Nidhhi Agerwal, Arjun Rampal, and Nargis Fakhri. It was reported earlier that Pawan will be will be shooting with a crew of 900 people for the film.

After facing the debacle of his much-awaited Bollywood debut Liger, Vijay Deverakonda has been trying to bounce back into action. He recently treated his fans with his new look on social media where he was seen fully decked up in his rugged avatar.

Rishab Shetty reveals why he got into direction

During his session titled All India Sitara-Kantara at Agenda Aaj Tak 2022 in New Delhi, Rishab Shetty revealed that he always wanted to be an actor. When he got into direction, he later went on to be an actor. “It was after doing 3 films that I got a film called Bellbottoms. It released in 2019 and was a hit. It was after this film that I thought I could do both acting and direction together,” he said.

Sai Pallavi to play Sita in her Bollywood debut?

Rumours have been doing the rounds that Sai Pallavi is all set to make her Bollywood debut in producer Allu Aravind‘s film based on Ramayan and she will reportedly be playing the role of Sita in the film. However, nothing is concrete as of now.