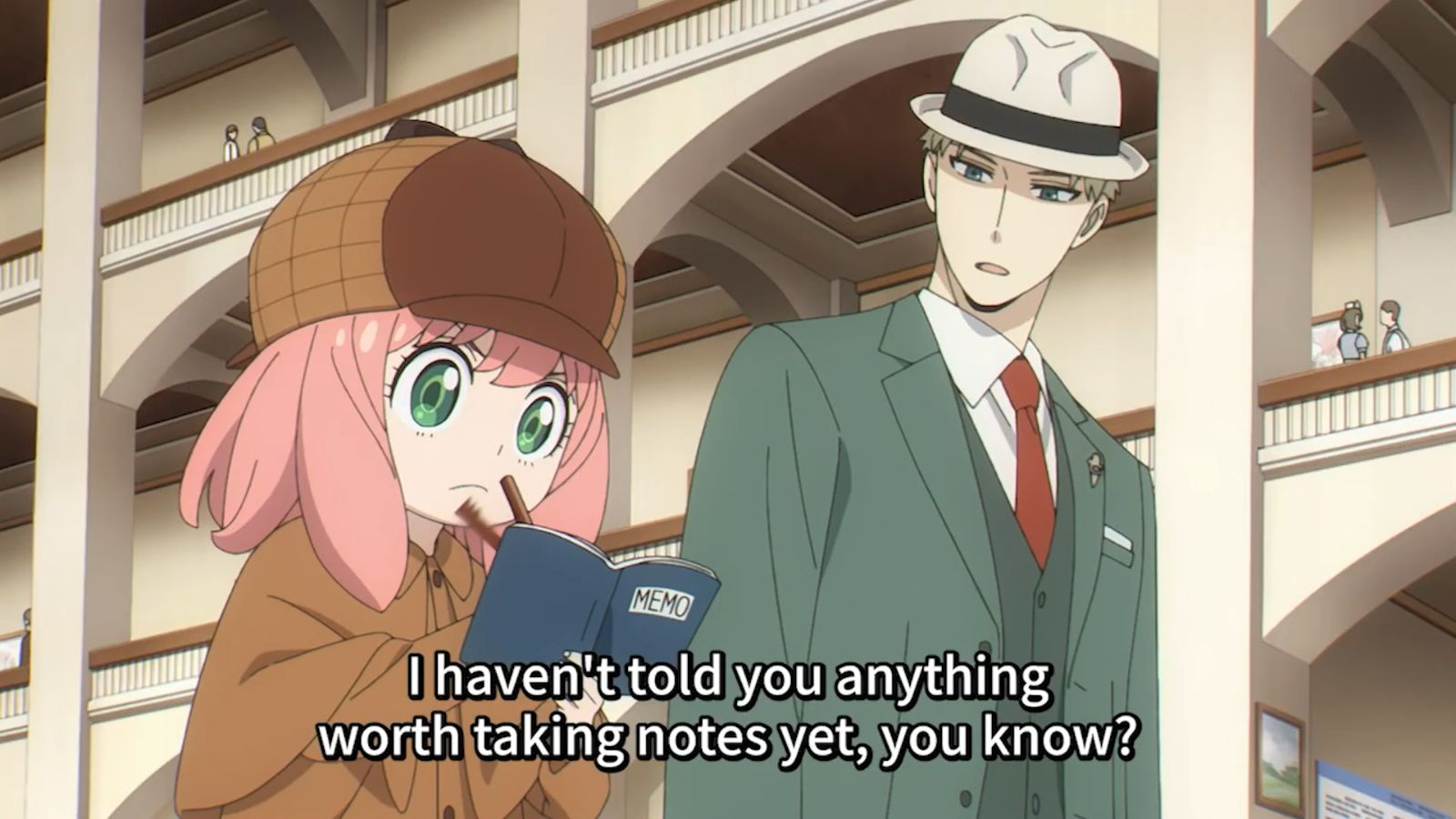 In Spy x Family episode 20, Anya visits her stepfather’s workplace as a part of her school assignment, during which she finds herself in some interesting shenanigans.

Spy x Family is an unapologetically slice-of-life series. In other words, each episode often provides what could essentially be an independent storyline, which concludes and begins within the span of the episode.

The twentieth episode of Spy x Family continues this trend, providing two separate plots which make minimal impact on the overall progression of the series. This lack of progression and the lack of care to detail make for a low commitment watch.

A slight spoiler warning below for Spy x Family!

As part of a school assignment, Anya must be in a successful person’s workplace and perform interviews. She originally considers asking Yor, but after a quick mind scan realizes Yor’s assassination work is a bit too intense for her.

Anya decides to visit Loid’s hospital, where she’s left alone in a room after Loid receives urgent spy-related news. The child roams around the hospital by going through secret passageways she discovered by reading Loid’s mind.

The issue with this scene isn’t just that there’s no overall story progression, but that Spy x Family very much doesn’t take itself seriously.

Industry professionals are in a room debating the psychiatric cause of hallucinations. And upon hearing Anya’s loud noises in the secret passageway, they all come together and assume there’s a ghost, throwing away their life’s beliefs.

Then when Anya turns in a questionably worded report on her father, Loid simply acts charming to smooth everything over.

These interactions essentially eliminate the possibility of the Forger family getting caught, even after Anya makes massive screw-ups that would have spelled disaster in any other series.

The lack of consequences makes the watch far more casual, but also takes away from the original intense premise laid on in the series.

In the second half of Spy x family episode 20, Anya plays around with coded messages. She creates these after watching her favorite spy show, and gives them to every possible person she can.

The protagonist’s childlike innocence and optimism shine in this portion of the episode. Each character’s response to the secret code reveals a side of their own personality.

Her decrepit handwriting causes confusion among all those she hands the coded message to. The only person to crack the code ends up being Franky Franklin, who misunderstands the intent and assumes it’s a love letter from a secret admirer.

Anya ends up missing the meeting with Franky Franklin, making for yet another episode where the overall story progression goes nowhere, which has become rather characteristic of the series at this point, for better and for worse.