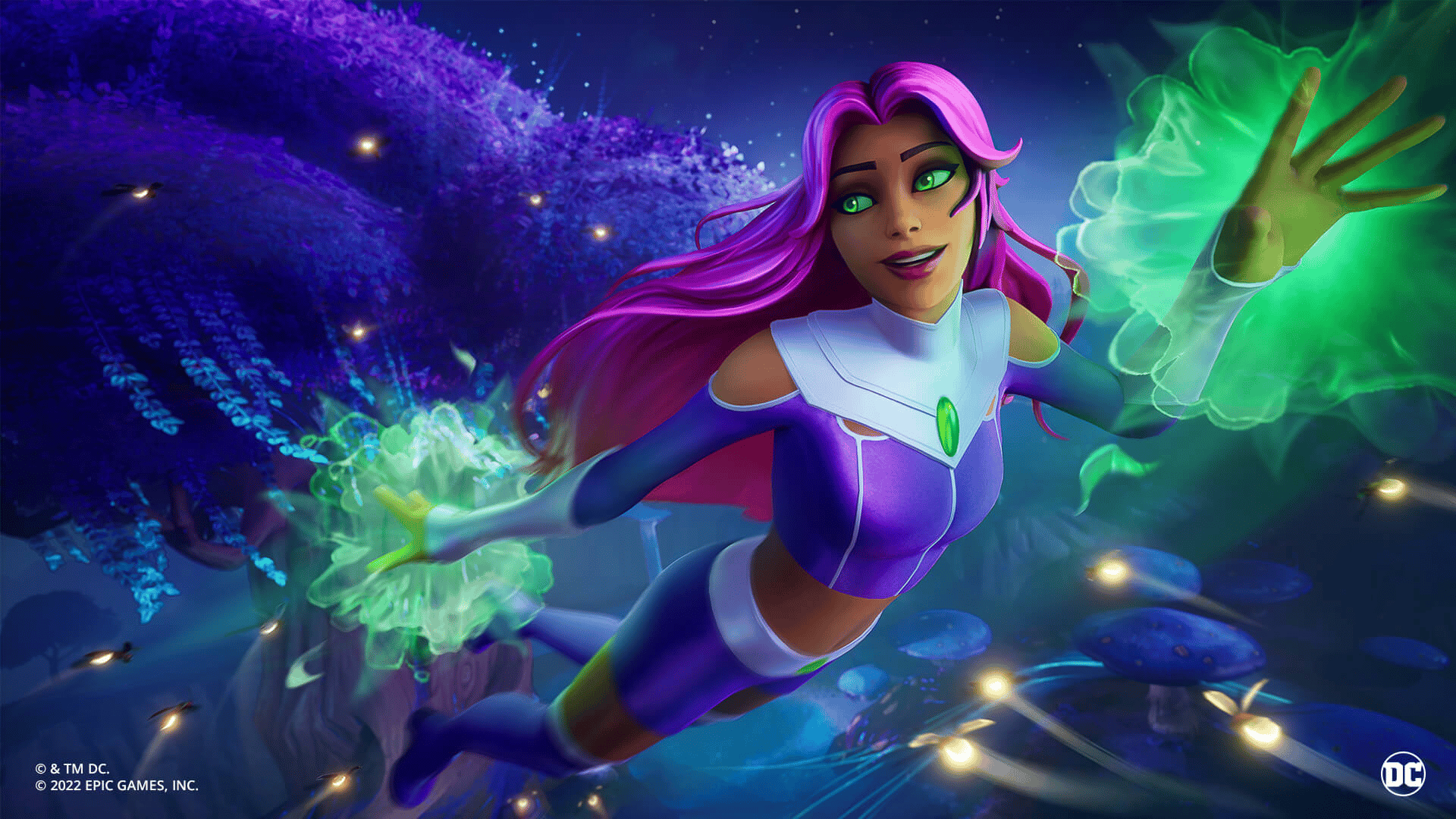 There’s a new superhero in Fortnite, and her name is Starfire.

There are dozens of superhero skins in Fortnite, with Marvel characters dominating the pool with more than double the skins of DC characters. The latest skin to release will work towards balancing the scales as it is none other than the Tamaran Princess Starfire.

Unleash the explosive energy of Starfire, Princess of Tamaran and founding member of the Teen Titans!

The Starfire Bundle is available now in the Item Shop. pic.twitter.com/NwXmw1QVDN

One of the most stalwart members of the Teen Titans, Starfire is the third member of the teenage superhero squad to join the Battle Royale. She joins fellow Titans Beast Boy and Rebirth Raven as part of the Teen Titans Set.

The Starfire skin is 1500 V Bucks and comes with the Epic Syl’Khee Back Bling. The Starbolt Harvesting Tool and Starfire’s Flourish emote cost 800 and 300 V Bucks, respectively.

If you want to splurge on Starfire cosmetics, you have no reason not to get the Starfire bundle. For just 1800 V Bucks, you get the Starfire skin, Syl’Khee, Starbolt, Starfire’s Flourish, and a loading screen.

It’s been a while since we got a Titan in Fortnite, with Raven and Beast Boy released early last year. But Starfire is a welcome inclusion. It makes me wonder which Titan will come next.

The obvious pick is her love interest, Robin/Dick Grayson. We now have several other Titans and multiple skins for Batman, but nothing for Robin yet. A Robin/Red X dual skin would do wonders. I also wouldn’t mind Cyborg/Grid skins either.

Deathstroke is already in Fortnite, but there are plenty of Teen Titans villains they could introduce too. Raven’s father Trigon comes to mind, as does the H.I.V.E. Five and Blackfire.

But that’s all just speculation for now. Until then, we have Starfire to enjoy.