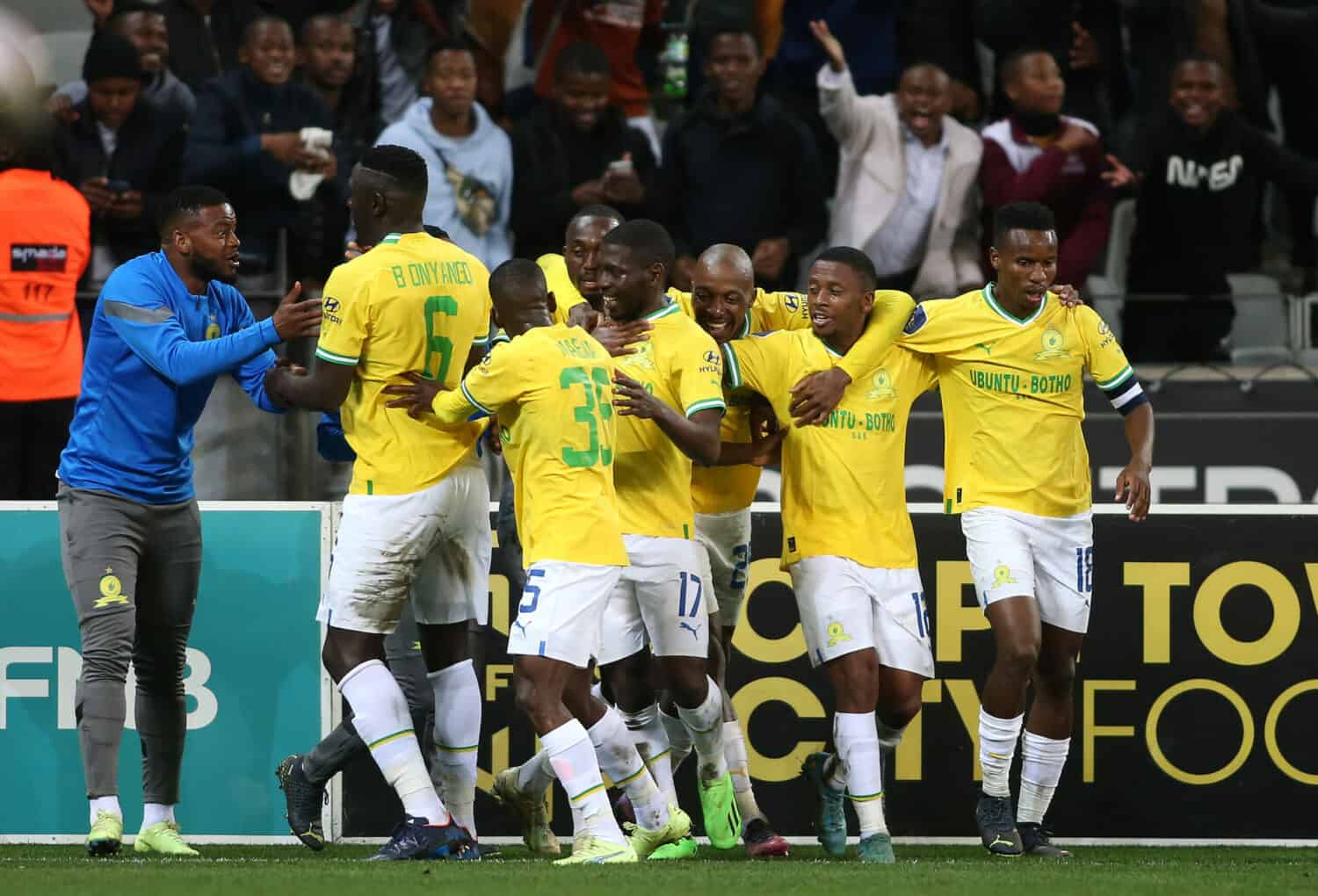 Aubrey Modiba’s opening goal of the 2022/23 DStv Premiership is one strike that is likely to stand for Goal of the Month after he received standing ovation from both sets of Mamelodi Sundowns and Cape Town City supporters on Friday night.

Sundowns began their league title defence in fine fashion, beating The Citizens 2-0 at the DHL Stadium in the Mother City.

Modiba scored a sublime freekick in the hour mark, giving last season’s Goalkeeper of the Season, Hugo Marques, no chance as he fired into the roof of the net to mark the opening of the new season.

Before the fans could catch their breath, Downs veteran attacker and fan favourite, Themba “Mshishi” Zwane added to the visitors’ advantage two minutes after Modiba’s strike.

While Zwane was at the end of a beautiful chip over Marques, it was the industrious work of Hasshim Domingo who played a quick pass to his teammate and Zwane made it all look easy as he beat his markers with ease before taking his shot.

The 33-year-old appears to have come up with a new celebration, similar to the unusual one he did in the 2016/17 season, but instead of pulling his shirt, this time around he makes a sleeping gesture.

Nonetheless, the scoreline could have been different had City striker, Luke Daniels, made the most of an opportunity in the 55th minute. Khanyisile Mayo, who was the livewire for City on the right flank, played a striker’s dream of a cross, laying it on the path of youngster Daniels. However, the 18-year-old striker could not direct his header and Ronwen Williams was not tested.

City’s bench was up in arms in the 80th minute when they believed that they deserved a penalty. This was after Mothobi Mvala, who came off the bench, handled the ball in the box, but the man in the middle did not spot it as he waved play on, much to the annoyance of coach Eric Tinkler and the rest of his team.

Sundowns’ next encounter will see them playing their first home game of the season at Loftus Versfeld against TS Galaxy on Wednesday.