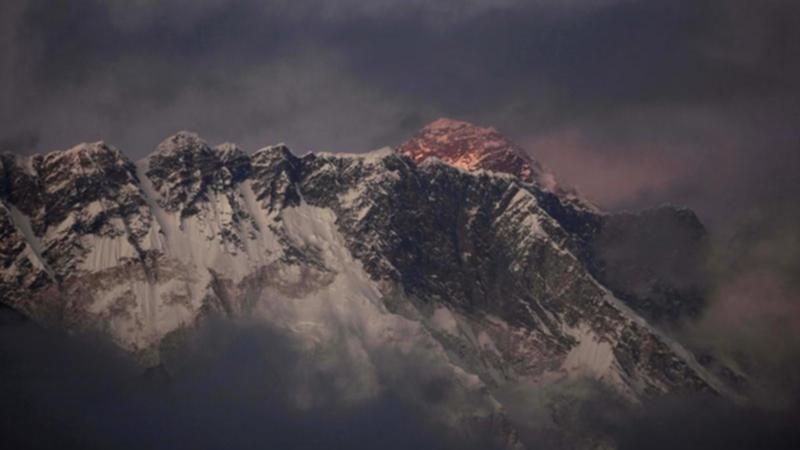 The supermountains leached essential nutrients to organisms that would spur on the development of complex big cells.

They also led to “two huge spikes” and some of the most important periods in earth’s biological history as the first plants and animals formed.

“It is not just their height, imagine the 2400km-long Himalayas repeated three or four times you get an idea of the scale.”

Researchers believe they stretched up to 8000km across entire supercontinents, more than three times longer than the Himalayan range.

As they eroded, nutrients such as phosphorous and iron washed into the oceans, driving biological cycles to greater complexity as the supercontinents formed.

They are also likely to have boosted oxygen levels in the atmosphere, which contained almost none.

“Atmospheric oxygen levels are thought to have increased in a series of steps, two of which coincide with the supermountains,” Ms Zhu said.

The first range named Nuna Supermountain coincided with the likely appearance of eukaryotes, which are the organisms that later gave rise to plants and animals.

The second, known as the Transgondwanan Supermountain, occurred about the same time as the first large animals appeared 575 million years ago.

It is also linked to the Cambrian explosion 45 million years later, when most major animal groups began appearing.

“The increase in atmospheric oxygen associated with the erosion of the Transgondwanan Supermountain is the largest in earth’s history and was an essential prerequisite for the appearance of animals,” Ms Zhu said.

There is also no evidence of other supermountains forming between these two events, making them even more significant.

“The time interval between 1800 and 800 million years ago is known as the Boring Billion, because there was little or no advance in evolution,” geochemist Ian Campbell said.

“The slowing of evolution is attributed to the absence of supermountains during that period, reducing the supply of nutrients to the oceans.”

Researchers made the discovery by analysing river sediments across the globe for traces of zircon with low lutetium content.

The combination of mineral and rare earth element is found only in the bottom of high mountains, and formed under intense pressure.

It consisted of land masses that made up the continents of Laurentia, Baltica, Ukrainian Shield, Amazonian Shield and Australia.

It became the largest piece of continent of the early-Paleozoic Era, covering about one-fifth of the earth’s surface.

The remnants of Gondwana make up about two-thirds of today’s continental area, including South America, Africa, Antarctica and Australia.

The study was published in Earth and Planetary Science Letters.