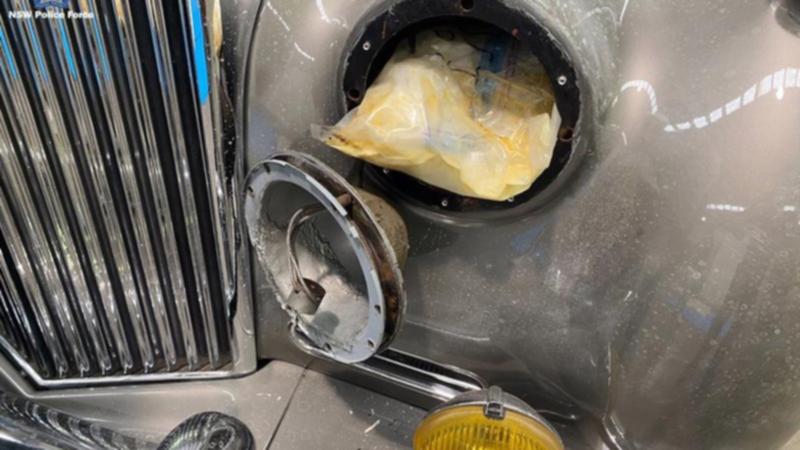 More than $150 million worth of the drugs ice and cocaine have been found in a vintage Bentley in a shipping container at Sydney’s Port Botany.

The container carrying the 1960 Bentley S2 arrived on a ship from Canada earlier this month.

WATCH THE VIDEO ABOVE: Police uncover $150 million worth of drugs in Sydney

The car was X-rayed and examined and authorities found 161kg of methylamphetamine and 30kg of cocaine hidden behind the headlights.

On Thursday, NSW Police executed a search warrant at Rooty Hill in Sydney’s west and arrested and charged two men, aged 20 and 23.

A third man, 25, was arrested and charged in Ballina in the Northern Rivers region during a vehicle stop after police found 2.2kg of ice and more than $1.1 million in cash.

All three men were refused bail to appear at local courts on Friday.

Authorities will provide more details at a press conference in Sydney on Friday.

A parent’s worst nightmare: Mum shares the moment her baby is snatched from a supermarket