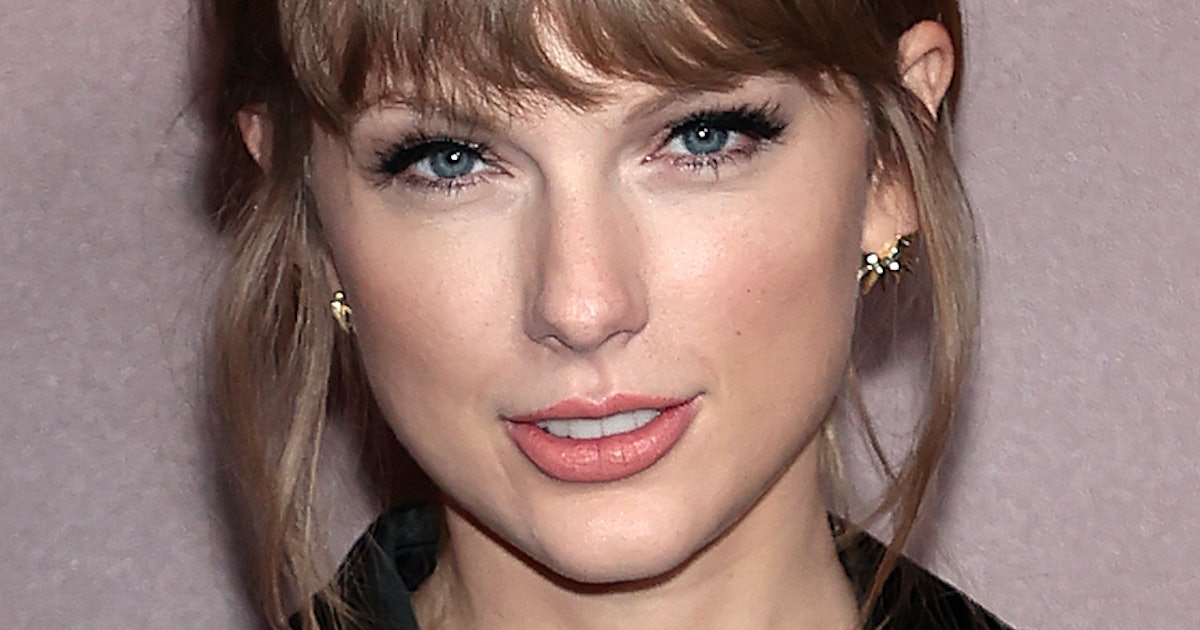 Never has the idiom “paint the town red” been taken so literally. To celebrate and promote the history-making re-recording of her 2012 album Red, Taylor Swift organized a weekend-long series of promotional events, music videos, and a live performance on SNL. But even though this week’s just started, it’s clear Swift isn’t letting up. A new music video for her previously-unheard track “I Bet You Think About Me (Taylor’s Version)”, dropped early Monday morning, is more action-packed than a blockbuster film — but with a healthy dollop of glamour only a popstar can add. Taylor Swift’s braided ponytail, in particular, is a standout look from the music video, is one that’s sure to start popping up on Pinterest board and Instagram Explore pages everywhere. The only downside? The video’s director, Blake Lively, didn’t have a cameo.

The music video’s narrative tells the story of a newly-married groom haunted by thoughts of a former flame while at his own wedding. Swift plays the specter of that woman, dressed in head-to-toe blood-red, wreaking havoc on the reception and corrupting its littlest guests to mischievous ends (did you ever think you’d see Taylor Swift teaching a table of 5-year-olds how to flip the bird?) — all while wearing a series of dramatic, ever-changing hairstyles.

In the first Swift shot, we see her acting as a reception cater waiter in a jaunty, swingy ponytail tempered by some side-parted, slicked-down bangs. Like all the looks in this music video (and many of Swift’s appearances in general), the style comes courtesy of celebrity hairstylist Jemma Muradian.

Just a few frames later, Swift wears what’s arguably the best hairstyle of the entire video — and one of her personal career bests, too. Dragging her fingers through the icing of a wedding cake next to an adorable, pint-sized flower girl, Swift’s hair is pulled up into what can only be described as a rapunzel ponytail: tied off at both ends, exceptionally long and thick, and filled a fat, several-strand braid.

Next up is another ponytail, but with a Swiftian twist. Her flipped-up bangs add some formality, underscored by her red-on-red (on-red-on-red-on-red) suit as Swift makes a drunken toast. The ponytail itself is low this time, sleek and shiny, and fastened at the nape of her neck with a piece of hair obscuring any elastic or pins.

The only time Swift wears her hair down in the actual narrative section of the video is when she’s sitting at the kids’ table (both literally and metaphorically), cavorting with and entertaining the wedding party’s littlest members. Here, it’s free-flowing, soft, and lightly curled with her bangs fluffed up to the fullest potential.

The video’s penultimate style, a romantic bun, is fitting for its scene in which Swift, wearing a ball gown wedding dress, dances with the groom. It’s the quintessential bridal hairstyle, all windswept tendrils and glossy sheen.

Finally, Swift takes that bun and yanks it out to let her long hair fall around her shoulders just as the song’s rousing final chorus kicks in. Here is Swift The Popstar, all caps, with resplendent makeup, and full, tousled curls. She shakes her hair around for a while, playing guitar and singing the last lines before blowing a defiant air kiss to the song’s subject — um, whoever that is.

It’s Swift’s first full-scale video in years (excluding her self-styling for last year’s quarantine-made “Cardigan” and “Willow” music videos) and it’s a very welcome one — unlike the wedding crasher she depicts. Who knew ponytails (Taylor’s Version) could look so good?