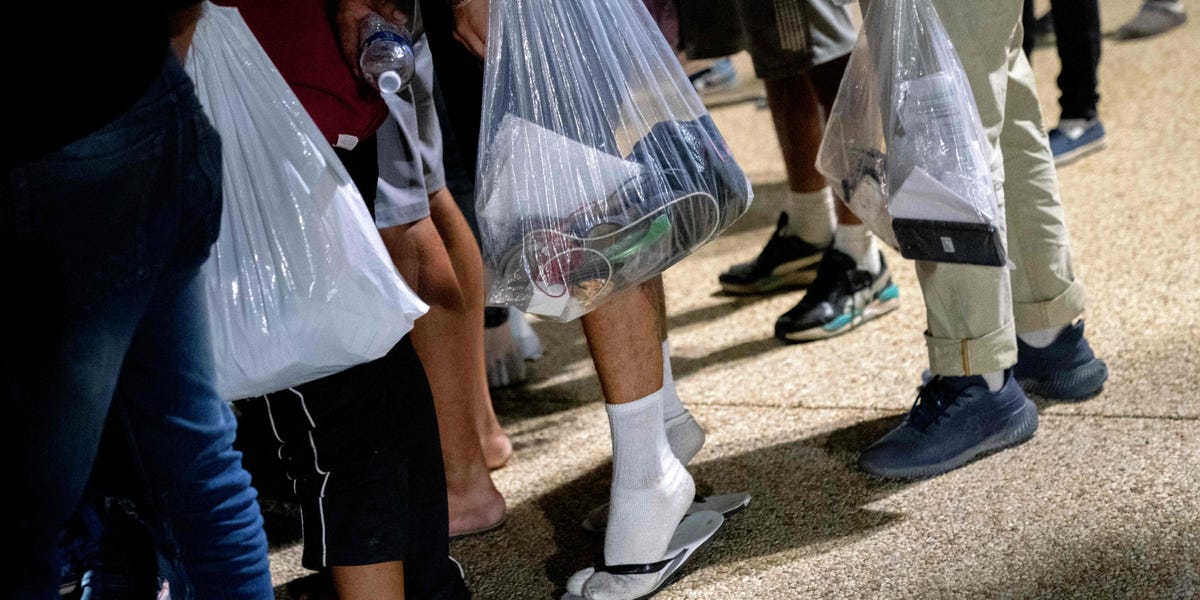 Texas Gov. Greg Abbott has sent over 6,100 immigrants from the border to Washington, DC, his office said on Friday

After the 36-hour journey to DC’s Union Station, migrants who exit the charter buses are met with volunteers from mutual aid organizations to help them get settled but not officials from the local or federal government, NPR reported.

“It was really crazy because they were just leaving them on the street,” Abel Nuñez, executive director of DC’s Central American Resource Center, told NPR while describing the first bus arrival on April 16.

“We knew it was on its way so we were there since 5 a.m. just waiting for them along with mutual aid organizations,” Nuñez added to NPR. “It was incredible how shell-shocked these people were coming out of the buses.”

In April, Abbott announced he would send charter buses of migrants to DC to help Texas “cope with this latest escalation of the Biden border disaster.” It came after the Biden administration announced the end of Title 42, a pandemic-era public health order that blocked many migrants from entering the US.

“Because of President Biden’s continued refusal to acknowledge the crisis caused by his open border policies, the State of Texas has had to take unprecedented action to keep our communities safe,” Abbott said in a statement.

On Friday, Abbott announced the first arrival of a charter bus of immigrants in New York City, which will “now be a drop-off location for the busing strategy as part of the Governor’s response to the Biden Administration’s open border policies,” the statement said.

“In addition to Washington, D.C., New York City is the ideal destination for these migrants, who can receive the abundance of city services and housing that Mayor Eric Adams has boasted about within the sanctuary city,” Abbott said in the statement. “I hope he follows through on his promise of welcoming all migrants with open arms so that our overrun and overwhelmed border towns can find relief.”

While criticizing Abbott, New York officials said the immigrants, over 40 of which arrived Friday, will be welcomed to the city.

“Governor Greg Abbott is continuing to play with the lives of human beings. We think this is cruel, it’s disgusting and it’s pure cowardice,” said Manuel Castro, commissioner of the Office of Immigrant Affairs, per CBS News.