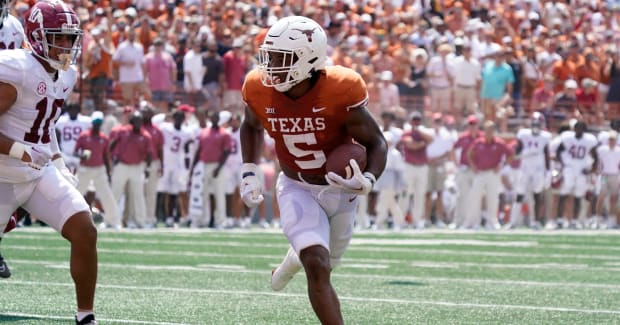 The award annually honors the best running back in college football. Robinson beat out Illinois running back Chase Brown and Michigan running back Blake Corum for the honor.

He is still undecided on a potential return to Texas for his senior season. If Robinson decides to pursue an NFL career, he is projected to be the first running back off the board in the 2022 draft.

If it is the end of Robinson’s incredible career at Texas, he finishes his Longhorns career fourth all-time in rushing yards (3,410) and tied for sixth in career rushing touchdowns (33).

The Longhorns take on the Washington Huskies in the Alamo Bowl on Thursday, Dec. 29.

Want to see the Horns in action? Get your Texas Longhorns game tickets from SI Tickets here!

Want the latest in breaking news and insider information on the Longhorns? Click Here to Subscribe to the Longhorns Country Newsletter