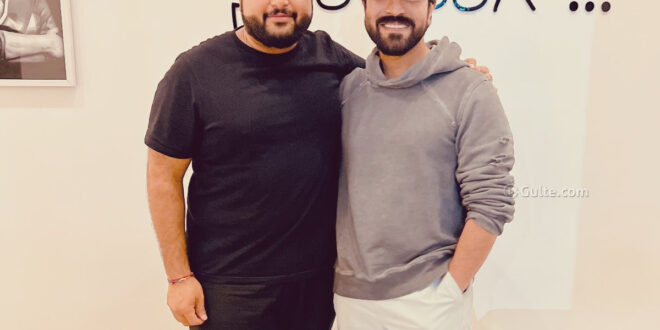 With the recently released “Godfather” teaser disappointing music lovers as young maestro Thaman’s background score is neither riveting nor sounding fresh, many thought that the talented composer is actually working on the Megastar Chiranjeevi film which is set for October 5th release. But here comes the twist.

Late in the night, Thaman shared a picture with Mega Powerstar Ram Charna, saying that he’s actually working on the music of #RC15. This happens to be Charan’s next that is being directed by star director S Shankar.

At the same time, Thaman confirmed the release date of Megastar’s Godfather too. Should we now say that he has wrapped the work on Godfather and moved to Charan’s movie? Or is he doing two projects simultaneously?

After the super success of Akhanda and Bheemla Nayak’s music, as Thaman literally lifted those films to the next level with his goosebumps-inducing re-recording, there are lots of expectations on him now for each and every film. But working on two projects at the same time might disappoint his fans as they expect superior quality work from him now.