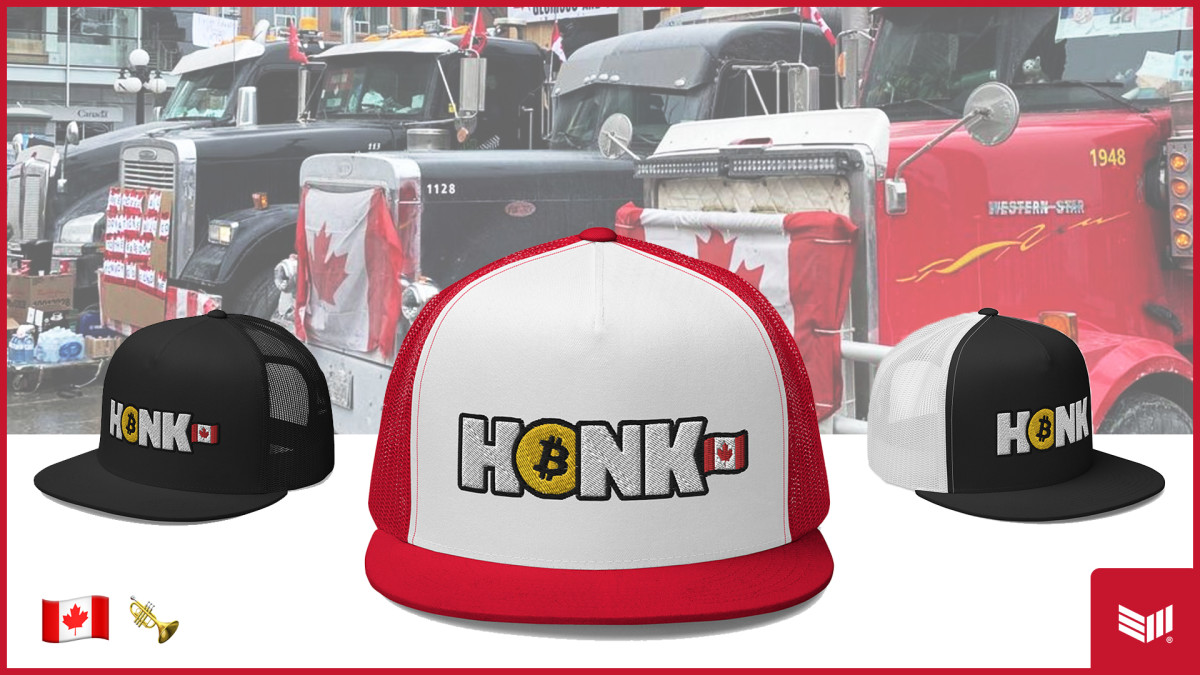 100% of sales profits will go to the “Bitcoin For Truckers” fundraising campaign. You can purchase the red and black Canadian hat here, and the regular black Bitcoin hat here.

How often can you truly say that a trucker hat is the right choice? But when a peaceful protest gets its funds frozen by the state, the need for such an icon of the working class comes to light. The entire world has turned its eyes to Ottawa with an incredible showing of peace, love and human rights taking to the streets amongst the big rigs and their captains. The government, working with the police, pressured private companies and local banks to prevent funds being received, accessed and even distributed, leading to the need for an open, decentralized monetary platform.

This is a story about many working people coming together and standing up to systems that were built to keep them down; financial freedom is often misunderstood, but nevertheless a fundamental human right. Thus, this is also a Bitcoin story, and one of open networks heeding the calls that centralized, closed networks have long stopped answering. In honor of these protestors, and in the spirit of this open source organism, 100% of proceeds from Bitcoin Trucker Hat sales will be given directly to the truckers, and our image files are available for free use.

There is a lot of misrepresentation on both the scope and the focus of the freedom convoy in many of the mainstream tellings of this developing story. We have covered the story thus far with utmost care and an open mind. Bitcoin Magazine will be getting feet on the ground in Ottawa to make sure to show the real story.