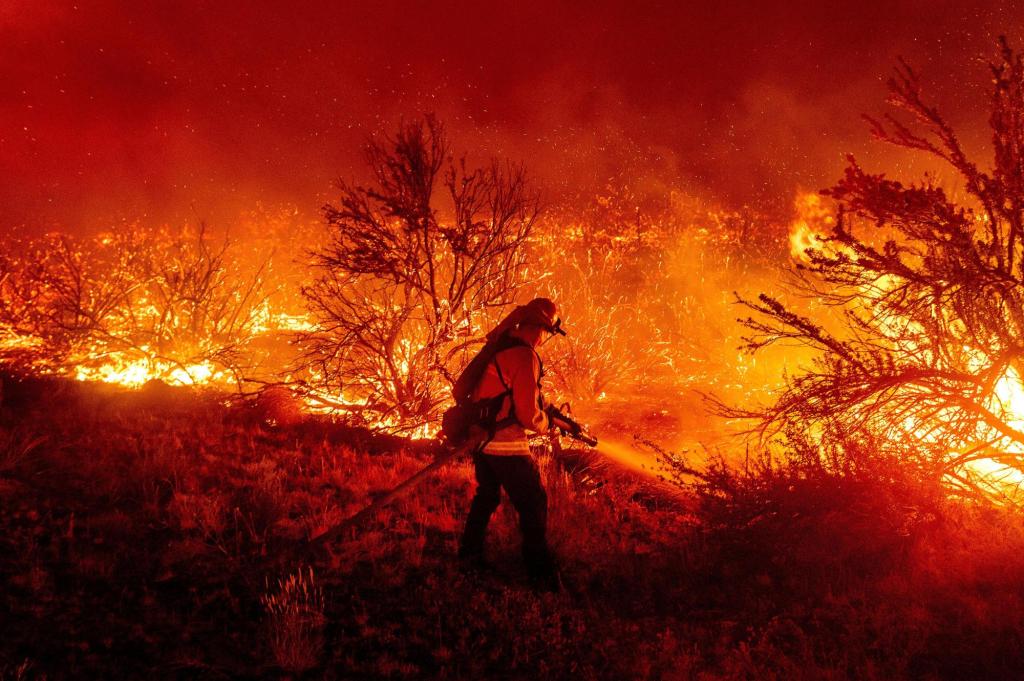 As western wildfires burn through millions of forested acres, they are igniting debates about our response that are almost as heated as the flames themselves.

The leaders of the U.S. Forest Service have known that fire begets discord since 1905, when Gifford Pinchot became the federal agency’s first chief. Randy Moore, who was sworn in as the 20th chief July 26, is no stranger to the conflict, after his decadelong service as the agency’s regional forester for California. Since 2017, our fire-prone state — and its many national forests — have endured its eight largest fires ever.

Despite his extensive experience, Moore probably did not expect to be burned even before assuming his new post. But he was, courtesy of a lightning-struck, smoldering pine rooted in a granite-rough ridge in the Humboldt-Toiyabe National Forest in early July.

When the fire was spotted, Forest Service personnel determined there was no immediate danger of fire spread. They would monitor it. But for the health of the forest, where fire is regenerative, and for reasons of resource management and firefighter safety, this was the kind of fire they wouldn’t move immediately to put it out.

A week later, gusting winds fanned sparks outward, and what came to be known as the Tamarack fire has been burning ever since. Although the 68,000-acre blaze now is more than 80% contained, there has been no containing the resulting fight that erupted over the initial handling of the fire.

Angry California and Nevada politicians attacked the Forest Service’s decision not to extinguish the smoking tree.

Moore responded with a memo Aug. 2. He conceded that in a “fire year different from any before” the Forest Service should stop managing fires for “resource benefit” — that is, to improve ecosystem health — and instead suppress them. “We are in a ‘triage mode,’” he wrote, and the agency’s focus now “must be on fires that threaten communities and infrastructure.” This was, he concluded, the most “prudent course of action now in a situation that is dynamic and fluid.”

But other Forest Service veterans disagree, urging the new chief to reverse his Aug. 2 directive.

Steve Arno, a former research forester at the Rocky Mountain Research Station, argued for accepting fire, not fighting it tooth and nail: “Fire will continue to be a fact of life in our forests, but … we can influence the way fire affects our forest by managing its structure and its fuel using mechanical treatments, fuel removal, pile burning, and prescribed fire.” Arno’s post, on the Wildfire Today website, is a concise summary of a much more balanced approach than suppression; we might call it the “let it burn when you can” policy.

The debate within the agency defies permanent resolution, not least because deference to political exigencies is baked into the Forest Service’s DNA. For that, we can thank, or blame, Pinchot.

In an 1899 article in National Geographic, Pinchot clearly detailed wildfire’s essential role in regenerating forests in the South and mountainous West. But despite this robust ecological evidence, it would be fire’s bad optics that drove his pitch for establishing the Forest Service: “Probably the greatest single benefit derived by the community and the nation from forest reserves,” reads the agency’s first manual, “is insurance against destruction of property, timber resources, and water supply by fire.”

Fire suppression will not alter this unsettling dynamic. We paradoxically need more fire, not less — targeted, site-specific reintroductions designed to restore ecosystem health. This may seem counterintuitive, but as forest ranger and firefighter Allen Calbrick advised Pinchot in 1940, fire is “nature’s way of cleaning up her backyard” and providing “good clean ground on which to grow.”

“When man tries to improve on it,” he continued, “we generally get things unbalanced.”

Char Miller is professor of environmental analysis and history at Pomona College and the author of “Not So Golden State: Sustainability vs. the California Dream.” © 2021 Los Angeles Times. Distributed by Tribune Content Agency.