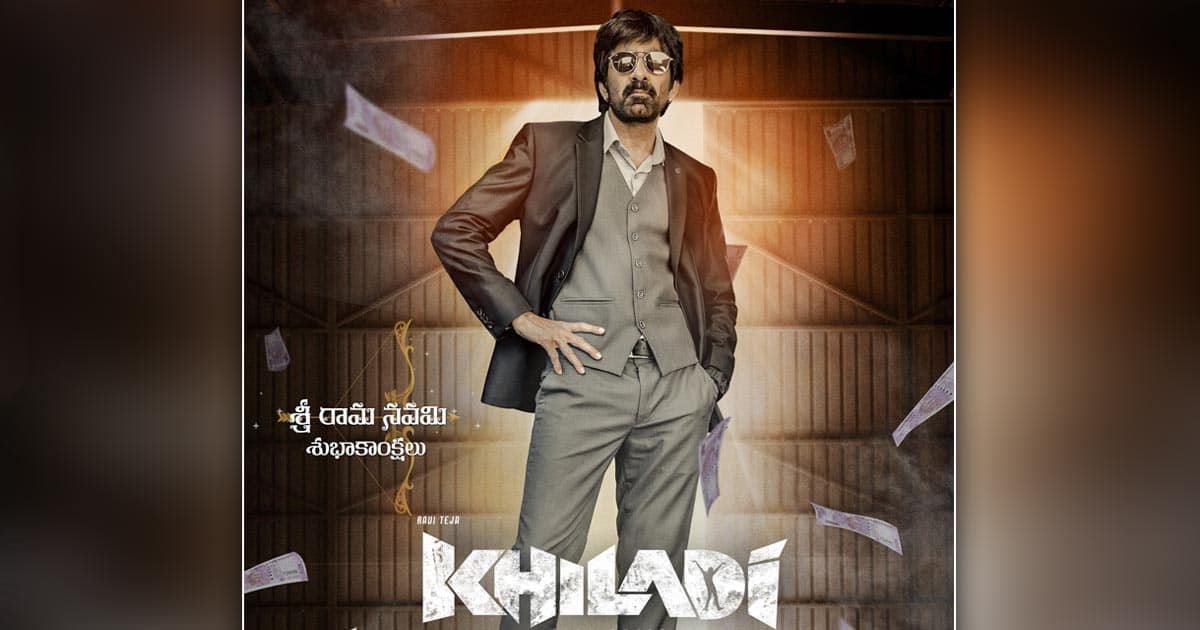 The Hindi version of Telugu star Ravi Teja’s action entertainer ‘Khiladi’ is set to arrive in cinemas on February 11. The film, directed by Ramesh Varma, presents Ravi Teja in a completely different avatar.

Ravi Teja’s is produced by Pen Studios in association with A Studios and also stars Meenakshi Chaudhary and Dimple Hayathi in lead roles.

Commenting on the film’s release, Jayantilal Gada said in a statement, “As the times have changed, now there is a demand for original content, as the audience likes to see the film in its purest form.”

He added, “The content of Khiladi is extremely entertaining combined with Ravi Teja’s popularity across India, Pen Studios felt that his movie should also be released in the Hindi language too, in cinemas.”

Pen Marudhar will be distributing Ravi Teja’s film ‘Khiladi’ in the northern territory.

Producer Satyanarayana Koneru, who had interacted with the media earlier on Monday, conveyed that he has been quite confident about the movie’s success.

As the producer spoke on several matters regarding the movie, he expressed his happiness over the movie’s pan-India release of Ravi Teja’s film ‘Khiladi’.

“Although it is a regular commercial film, it is a concept-oriented narration, which makes it is a perfect Bollywood movie. We shot a few scenes in Italy which are of Hollywood standard. I think the production values will stand out,” Satyanarayana said.

“We teamed up with Pen Studios to take this story to the pan-India level. Ravi Teja’s film ‘Khiladi’ is being released in Telugu as well as Hindi,” Satyanarayana said.