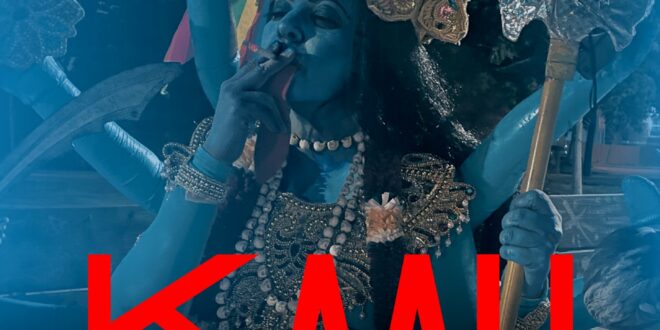 A performance documentary ‘Kaali’ directed by Leena Manimekalai is garnering backlash due to the content shown on the poster. Kaali poster has a woman in goddess avatar, smoking with one hand and holding a trishool in the other. There is an LGBTQ flag just behind her. This representation of a goddess has not gone well with the Hindu activists and they complained to the Delhi police and Home ministry against Kaali makers.

The filmmaker Leena Manimekalai resides in Toronto. She shared the poster on social media and denies Kaali has any link to religion. In an interview after the Kaali poster row, Leena Manimekalai said she would invite trolls to watch Kaali.

Leena Manimekalai says she’s got nothing to lose. ‘As long as I am alive, I would like to voice what I believe in without fear. Even if my life is the cost.’

Manimekalai said the film was part of the programme “Under the tent”, managed by Canada Chair of Excellence for research creation in Migration, Toronto Metropoliton University. “I was one of the cohorts that had film grads across Canada and Kaali, a performance documentary, is my submission – my creative piece on Canada’s multiculturalism,” she said.