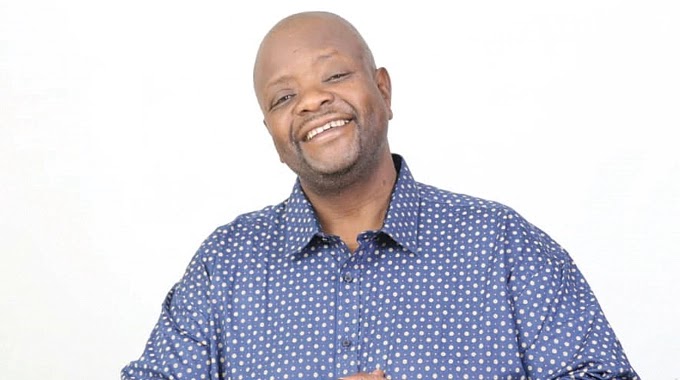 When his time came at the Wanqoba Show in Bulawayo, he
burst onto the stage with energy and danced as if there was no tomorrow.

Far from his ghostly figure of sluggishness, he was light,
sleek and fast.

Much to the surprise of the legion of fans, gospel musician
Stanley Gwanzura — affectionately known as Pastor G — displayed some fancy
footwork and bodily movements, defying his huge frame.

Unlike at previous shows, Pastor G, spent a longer and
busier time on stage and thereafter, social media went agog, with his story.

Unbeknown to many fans, Pastor G had undergone weight loss,
shedding off 43 kg, from his phenomenal 193 kg to 150,8 kg. Well, 43 kg is
another adult human being!

And, wait a minute, this has a huge impact on his wardrobe,
sitting arrangement and driving position.

The “Mabiribobi” hit maker has credited his transformation
to the past months of self-healthcare: he spent special time focusing on his body
during the pandemic. And, it worked wonders for him.

“My target is to get down to 100kg and its possible given
what I have done in the past.

“I started this journey in March 14, 2022 through a
programme Aruka Lighten Up, which is run by Pastor Mtungwazi.

“They started me with supplements from Vitamin C, D as well
as diet plan of 500 calories for 40 days, strict diet.

“I would walk 3km to 5km three times a week. I cut out
bread, sugar, rice, spaghetti and fizzy drinks. I am much better and lighter and
energetic on stage. I can now dance freely.

“I would eat anything, everything that I came across and
that came to my mind, especially on carbohydrates,” he said.

After realising his error, Pastor G said he had a change of
mind which really worked for him.

“In 2018, I cut down fizzy drinks, before that I could
drink four litres or more of fizzy drinks.

“It affected my health later and had challenges on joints
and on knees.

“I then started adjusting the liquid intake of it,” he
says.

However, in the beginning of the weight loss project
self-care wasn’t his only motivation.

In fact, Pastor G’s care for others – family, in particular
– fuelled his healthy habits.

It is true that he was living to eat and not eating to
live.

He knew the consequences of unhealthy eating but could not
resist the menu. He did not control his huge appetite.

At a tender age, he was called all sorts of names but
decided to live with them.

Body shaming was all wrong but he really accepted those
names.

However, he finally saw the light and decided to lose some
kilos.

Pastor G, the once bulky man of the cloth has become a
source of inspiration to those fighting obesity. He has shown many that it can
be done.

By his own admission, Pastor G says “it’s never too late to
win the battle against over-weight.”

His family too was equally shocked after realising that
Pastor G was on a massive body transformation.

He has completely changed his diet.

He no longer takes a lot of sugar and what an inspiring
expedition for him.

Pastor G says the death of his dad at the height of the
Covid-19 induced lockdown made him realise he could transform his body.

“When my dad died in 2020 after heart failure, it affected
me.

“Then, I had no rightful information about his condition
and mine too.

“After this tragedy, I started doing walks and doing
exercises.

“I had to learn the diet planning. In 2022, my mind-set
changed and had to took it serious especially when I spoke with Pastor Taz and
Mai Mutungwazi and they gave me more information and I am on it.

“My family has always loved me whether I was big or small
not from cosmetic side they have been on my side very supportive.

“Sometimes I do one meal a day, intermittent fasting and
have reduced my window of eating to 11;30am-5;30pm and I don’t eat after 6pm.

“I am trying to get the eight hour sleeping.”

Like any other person, he has a special target.

“My target weight is 100kg and that is my health weight
according to body mass and doctor’s suggestion.”

As he wins his battle, it therefore means he needs to work
on his wardrobe.

“My wardrobe obviously has been affected and you know big
people have a torrid time finding fitting clothes in shops.

“Now I am happy I am fitting the clothes I used to wear
years ago as 2005 and I am able to go in shops now who have my shirt sizes.”

Food wise, he is pleased of what he is consuming.

“My food before I started dieting I used to live to eat,
anything that tasted good was my food especially rice and sadza with bones huge
amounts.

“Weight over the years, I gained weight with only feeding.

“I wasn’t born like this much but I was a bit chubby when a
kid but later grew and enjoyed buying food for myself and my weight problem
hasn’t affected my career having longer hours on stage.”

Musically, Pastor G reckons it has helped him to be strong.

“Music is ministry for me and it has helped my mental
health.

“I am happy when some people tells me that my music has
helped people marriage, not commit suicide, entertainment and even healed some.

“It has been a blessing and I am in the 22nd year in the
ministry and have grown recording music assisting the upcoming.”

With many people doubting whether he took short-cuts to
lose weight, he laughs;

“I have never had any weight operation

“At the gym I have been doing dancing, cardio and weights
at Invictus gym,” he said.

Pastor G later said he was capturing everything for all to
see just like the popular United States show dubbed “Biggest Loser” about
weight loss, his is already in motion.

“I am shooting a reality show called 50/ 50 campaign much
of time.” Herald