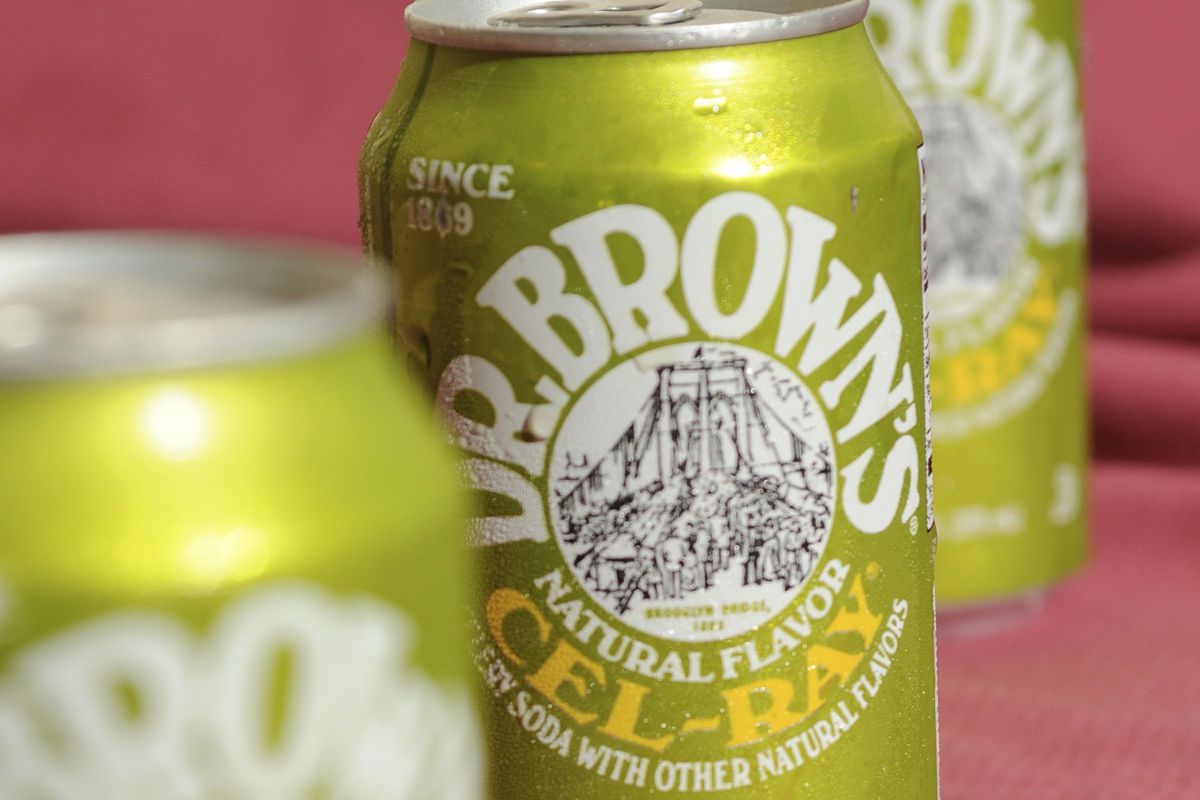 In October 2021, Edith’s, a Brooklyn eatery specializing in foods of the Jewish diaspora, announced on Instagram that they were planning to hand out cans of Dr. Brown’s Cel-Ray—the chartreuse celery-flavored soda that’s a staple in Jewish delis—to trick-or-treaters on Halloween. Elyssa Heller, founder and CEO of the restaurant, explained that she wanted to introduce more folks in the neighborhood to the drink. But there was a problem: As they prepared to place a large order of the soda from their distributor, Heller’s team discovered there was no Cel-Ray to be found.

Missing celery soda might not seem like a big problem in the midst of a pandemic; if you didn’t grow up frequenting such delis, especially those in the Northeast, you may have never seen Cel-Ray at all. Or perhaps you’ve reached for Dr. Brown’s black cherry or cream sodas instead, because, well, a vegetable-flavored beverage might not necessarily be anyone’s first pick. But I can say with certainty that no Jewish deli experience is complete without a can of Cel-Ray. Cloying and vegetal all at once, it cuts through bites of fatty pastrami and corned beef with every sip. When it comes to Cel-Ray, if you know, you know.

“It’s not very popular, I can tell you that. It’s the same thing with kugel; the first time I made it for friends, they were like, ‘what is this sugary pasta?’ Cel-Ray also is an acquired taste.” said Heller. “It’s a very niche item for us, but it pairs so well [with our sandwiches] because of its flavor profile. It’s not easy to get, but it has a very beloved cult following. It’s super-important that we carry it alongside other [Dr. Brown’s] sodas.”

“It’s classic,” Jake Dell, owner of Manhattan institution Katz’s Delicatessen, said about the Dr. Brown’s soda lineup, which is always carried in the shop. “Cel-Ray in particular is how I know my regulars and die-hards. It’s not a common flavor of soda…but it totally works. It’s this great palate cleanser that really pairs well with heavier meats; but also emotionally, there’s a nostalgia factor.”

Like rye bread for sandwiches or “health salad” sold by the pint, I’ve come to consider the soda a constant at most, if not all, kosher-style delis in the tristate area. But, like Heller as I hopped into my usual spots for a sandwich and a Cel-Ray last fall, I noticed something odd. The green cans were suddenly nowhere to be found.

Amanda Houser, a front of house employee at Frankel’s Delicatessen & Appetizing in Brooklyn, had a similar experience, noting when we spoke in early December that they hadn’t seen Cel-Ray at the store in months. “I don’t know if anyone [on staff] knows for sure why it’s not in stock, but people have come in wanting to buy it and they leave sad,” Houser said. “We’ve had people come in thinking ‘this is where it’s going to be,’ and it’s not.”

It seemed something ominous might’ve been going on. Could this be an even more niche version of the 2020 bucatini shortage? Not quite. Cel-Ray’s absence was most likely due to those pesky supply chain issues everyone’s shaking their fists about lately. “Over the last two years we’ve had trouble stocking just about every drink at the store,” said Dell. “Cel-Ray was definitely one of those, we had trouble getting it over the fall. One way or another there was an issue with production.”

The Jewish Deli–Inspired Breakfast Spread of Our Dreams

I was able to briefly receive confirmation from a representative at Honickman Beverage Group, which owns Dr. Browns, that the lack of Cel Ray’s was due to supply chain complications, and it was certainly still in production. However, after rescheduling our interview several times the rep said we’d need to push off any further conversation. Just a busy person, or a key accomplice in a larger celery-flavored cover up? The world may never know.

In any event, on December 17, Houser got in touch to let me know a shipment of Cel-Ray had arrived at Frankel’s. When I spoke with Dell a week later, he also noted that the soda was once again in stock. As of early January as she prepared to open a flagship location, Ediths’s Eatery & Grocery, Heller was still having trouble getting it in. Blessedly, on January 18, just a week after their soft opening, a Cel-Ray shipment arrived.

Meanwhile, Gertie, a self-named “modern ‘Jew-ish’” eatery in Brooklyn, had a gin and Cel-Ray cocktail on their menu throughout the shortages. In 2020, the team reimagined their house drinks to pay homage to Dr. Brown’s favorites (they also have a bourbon and black cherry concoction) through a boozy-brunch lens. How did the gin and Cel-Ray remain available when the soda couldn’t be found? The answer is, of course, quite simple, and something we could all consider in the face of future supply chain mishaps. As Rachel Jackson, General Manager, explained: “We make our own in house.”

Have you tried Cel-Ray? What’s your favorite food to eat with it? Let us know in the comments!