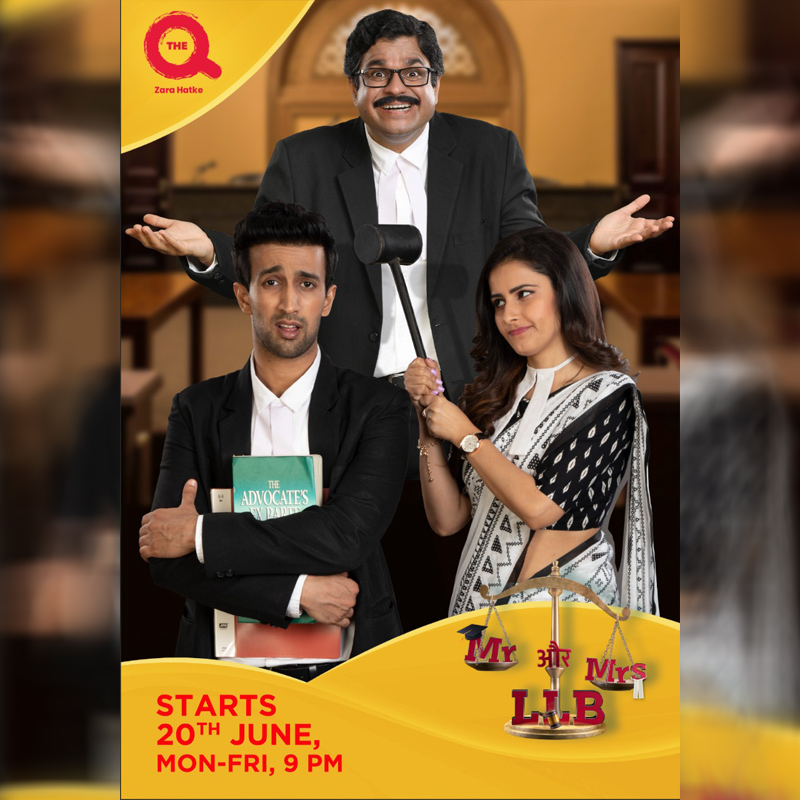 Mumbai: Hindi general entertainment channel The Q has announced the launch of a new show Mr Aur Mrs LLB diversifying its programming slate. The show will premiere on 20 June at 9 pm and will air from Monday to Friday.

Set in the fictitious town of Machandpur, Mr Aur Mrs LLB will feature stories around the lives of lawyer couple – Anirudh Agarwal played by Subir Rana and Payal Agarwal played by Shivani Tomar – who have contradicting ideologies and theories. Adding humour to the plot is the silly Judge Rajinder Chaudhary played by Sumit Arora. Each story will spread across three to five episodes and is a satirical take on situations inspired from real life settings.  Gunjan Sinha who plays the character of an orderly and Saksham Shukla who portrays a crazy reporter are also part of the show.

To promote the humour and the madness, The Q will roll-out a cross-media integrated marketing campaign helmed by the central characters

“At The Q, we believe the onus rests upon us to offer our audiences especially in the FTA universe with differentiated content that is original to TV,” said QYOU Media CEO Simran Hoon.  “Mr Aur Mrs LLB adds variety to our current offering with a mix of interesting genres, and characters. Each story is a one-of-its-kind narrative that will keep viewers gripped. We are sure that this show will help us further develop appointment viewing for The Q and a stronger relationship with our viewers.”

“Mr Aur Mrs LLB offers a whole new entertainment experience for our discerning viewers. Each character has their own quirk, characteristic and ideology making them unique, fresh to TV and pleasantly amiable,” said The Q and Q Marathi programming head Ashutosh Barve. “Collaboratively, the show is designed to drive engagement and conversations. We are sure that the launch of Mr Aur Mrs LLB will bring families together in their living rooms and fulfil their entertainment needs with content they can associate with.”

The show originally made for digital by ‘Two Nice Men Mediaworks’ is brought to television homes in the Hindi heartland by The Q.