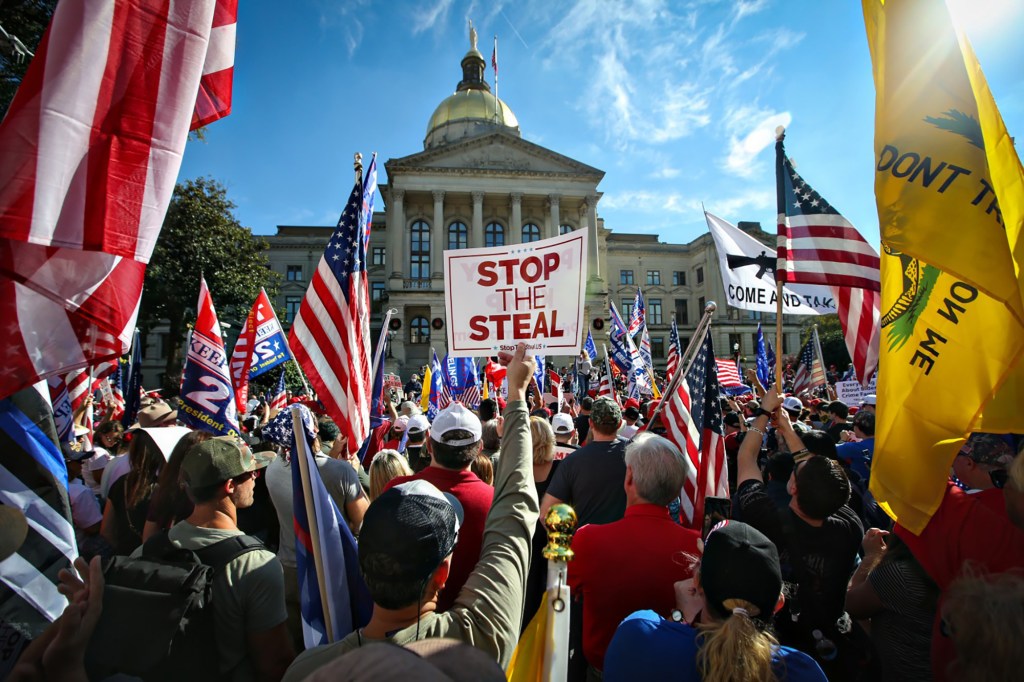 When Donald Trump and his allies set out to alter the results of the 2020 election, they targeted local election officials and legislators all over the country. Very often the people in these critical positions, and most vulnerable to Trump’s influence, were Republicans. Many were his supporters.

Time and again, those officials refused to be cajoled or bullied into altering their election results, or to decline to certify them.

Clint Hickman, president of the Maricopa County, Arizona, Board of Supervisors — over the opposition of his own party, and with protesters calling for his arrest on the front lawn of his home — shunned last-minute phone calls from the president himself and voted along with his majority-Republican board to certify the vote count he knew was accurate.

Aaron Van Langevelde, a little-known Republican member of the Michigan Board of State Canvassers, ignored intense pressure to cast the deciding vote to certify the count in that state. Georgia’s secretary of state, Brad Raffensperger, famously stood up to Trump’s demand that he “find 11,780 votes.”

Their experiences illustrate three things often overlooked by those who believe the American election system can be rigged.

Voting patterns in the U.S. are well known and closely watched. Voter data are public. Legislators, reporters and scholars are intimately familiar with it. When any voting district veers dramatically off course, everyone notices.

Second, there is little chance that widespread fraud could happen. The voting system in America is completely decentralized, and therein lies its strength. Elections are orchestrated not by a single agency in Washington, but by hundreds of thousands of local officials in every district, county and state in the union. Elections are run not by some faceless deep state bureaucrats, but by your friends and neighbors. The notion that a significant number of these people, most of whom have never met, could be enlisted in a plot to alter enough votes to change a national election is absurd.

But the third and most important point is this: The American people are not as dishonest or cowardly as Trump would like them to be. Clint Hickman, Aaron Van Langevelde and Brad Raffensperger and hundreds of others like them did not let their personal preference for Trump interfere with their duty or their integrity. Many have paid a price.

Van Langevelde has been dumped from the Michigan canvass board. Raffensperger faces a difficult primary challenge in Georgia from a Trump loyalist who enjoys the ex-president’s endorsement. Hickman notes with dismay that his own party in Arizona has made denial of the 2020 election results a requirement for its support.

Election workers all over the country endured similar persecution and worse.

In key states, legislators still espousing Trump’s groundless and destructive theories are supporting efforts to ensure that they can set aside the popular vote entirely and appoint a slate of electors for their preferred candidate.

Democracy is not automatic. It rests on the integrity of ordinary Americans who supervise and certify votes in every county of every state. In 2020, despite intense pressure, these people in case after case, under duress, did their duty. We should take heart from that, but Congress should also act to protect them from harassment, and to ensure that the outcome of every election is determined not by partisan officials, but by the vote. This is so basic that it is hard to imagine an American who would not support it.

Mark Bowden is the author of “Black Hawk Down.” Matthew Teague is a former Los Angeles Times reporter. They are the authors of “The Steal: The Attempt to Overturn the 2020 Election and The People Who Stopped it.” ©2022 Los Angeles Times. Distributed by Tribune Content Agency.