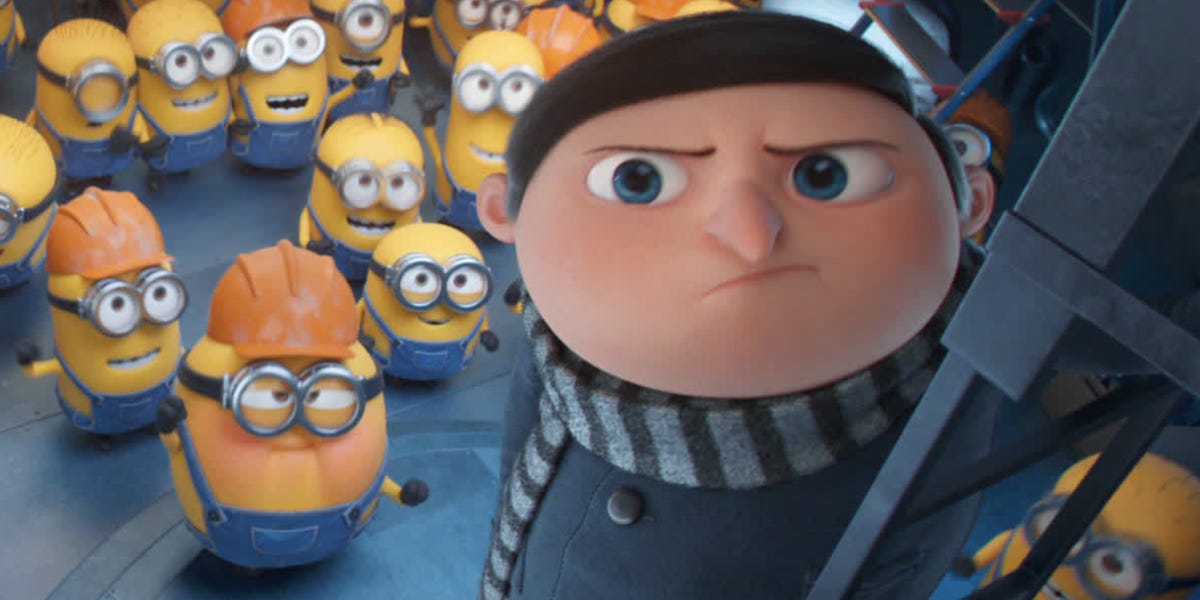 When you buy through our links, Insider may earn an affiliate commission. Learn more.

The latest entry in the “Despicable Me” universe is available to watch from the comfort of your couch. You can rent or buy “Minions: The Rise of Gru” digitally from Amazon, Apple TV, Google, and Vudu for a starting price of $20.

The animated adventure is set in the 1970s and follows Gru, a young boy with aspirations of becoming a supervillain. He hires the Minions to aid him in accomplishing his dream of becoming evil enough to join the Vicious 6 — a supervillain supergroup. When Gru is kidnapped, the Minions are pushed to train and grow stronger to help free their boss.

Check out the ‘Minions: The Rise of Gru’ trailer

Steve Carell returns in “The Rise of Gru” as the voice of young Gru, alongside the voices of Pierre Coffin, Taraji P. Henson, Michelle Yeoh, Russell Brand, Julie Andrews, and Alan Arkin. Since its release in July, the film has received a “70% Fresh” rating on Rotten Tomatoes.

How to watch ‘Minions: The Rise of Gru’

“Minions: The Rise of Gru” is now available to watch at home through digital retailers like Amazon, Apple TV, Google, and Vudu. The movie costs $20 to rent or $30 to buy in up to 4K quality. 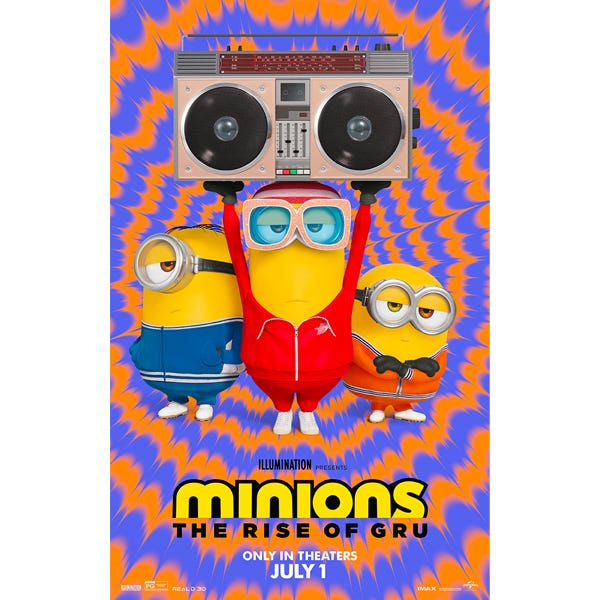 After purchasing “Minions: The Rise of Gru,” you’ll be able to stream it whenever you like. If you only plan to watch it once, however, you may want to opt for the slightly cheaper rental option. But keep in mind, the rental cost will likely decrease to around $7 in about a month or so if you can wait.

Once you’ve rented or purchased the movie, you’ll be able to watch it from compatible apps on most smart TVs, smartphones, gaming consoles, and internet browsers. Check the retailer you choose to ensure your device is supported by its app. Most services give you 30 days to start watching a rental, and then 48 hours to finish it after you hit play.

Buyers may also want to consider a Movies Anywhere membership. This free service links your retailer accounts — including Amazon, Apple, Google, Vudu, and Microsoft — so you can view your compatible movies from every service. For example, if you choose to buy “Minions: The Rise of Gru” from Amazon Prime Video, you’ll be able to stream it via the Vudu app without paying any extra costs.

If you’re hoping to suit up and see the film on the big screen, you can still get tickets for theater showings.

When will ‘Minions: The Rise of Gru’ be available on Peacock?

Like most new Universal movie releases, we expect “Minions: The Rise of Gru” to eventually be made available to stream on Peacock. A formal date has yet to be determined, but we’ll update this story as we learn more.

Where can I watch the other ‘Despicable Me’ movies?

If you’re hoping to catch up on the “Despicable Me” universe, all four of the earlier films are available to stream online. Here’s where you can find them, in chronological order of their release:

As a Tech Deals and Streaming Reporter for Insider’s Reviews team, Sarah covers the latest movie and series releases along with the best sales on products we recommend. Prior to joining Insider Inc., she was a Deals Writer at Wirecutter, a New York Times company.
After graduating from California State University, Fullerton with a degree in Marketing, Sarah started out as a Freelance Deals Writer at Wirecutter; here she focused on newsletter creation, social media promotion, and syndication in addition to deals writing before stepping into a full-time role. Her accomplishments from this position, in addition to the countless deals she’s written, include implementing multiple social media marketing campaigns and launching a Deals Facebook group for the company.
Say hi (or send a picture of your pet) to Sarah at [email protected], or reach her on Twitter at @LordPonty or on Instagram at @lord_ponty.
Learn more about how our team of experts tests and reviews products at Insider here.
Learn more about how we research deals.